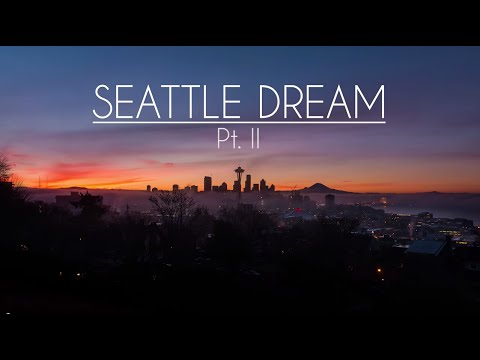 Available In 4k!
Inquires email [email protected]
“Seattle Dream Pt. II” is our tribute to the city of Seattle and the state of Washington. While most people think of rain and coffee when they hear the name Seattle what they don’t realize is just how amazingly beautiful our city can be. Our film aims to do just that.
With well over 50,000 photos and countless hours of shooting and editing invested into this project we had to narrow the 90+ separate time lapses we took down to just 51 to complete this 5 minute piece. Some of the places we visited while working on this project include places like Kerry Park, Discovery Park, Alki Beach, and even our friends rooftops.
Song: Let Go
Artist: Widby x Breezee
Get a free download of this song on his soundcloud page!
soundcloud.com/widby/widby-x-breezee-let-go
To Follow and see more of our work please visit:
Facebook: facebook.com/fstopseattle
Instagram: @fstopseattle
Special Thanks To:
Family & Friends
Seattle Central Creative Acadamy (seattlecentralcreativeacademy.com)
Mike Gurley (usa.canon.com)
James Lee
Jase Rouleau
Seattle Sounders
Motion Controlled Equipment Made Possible By:
Dynamic Perceptions (dynamicperception.com)
Emotimo (emotimo.com)
Editing Software:
Adobe After Effects CC
Adobe Premiere Pro CC
LRtimelapse (lrtimelapse.com)
Granite Bay Software (granitebaysoftware.com)