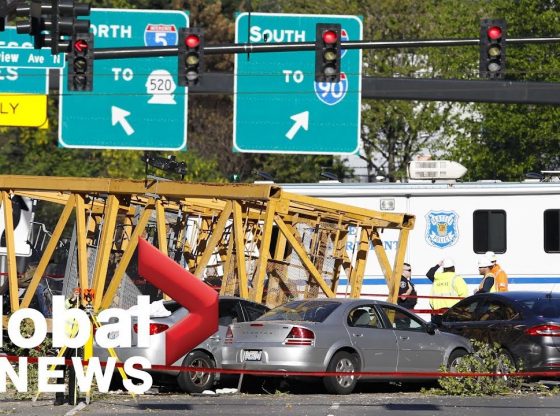 The collapse of a construction crane in downtown Seattle on Saturday has left four people dead, four people hurt and six cars pinned under it.

Two others who died were in separate vehicles. Three of the dead were males, one was female.

Mike McQuaid, the Transportation Chair of the South Lake Community Council says a crane was being dismantled on a building when the collapse occurred.