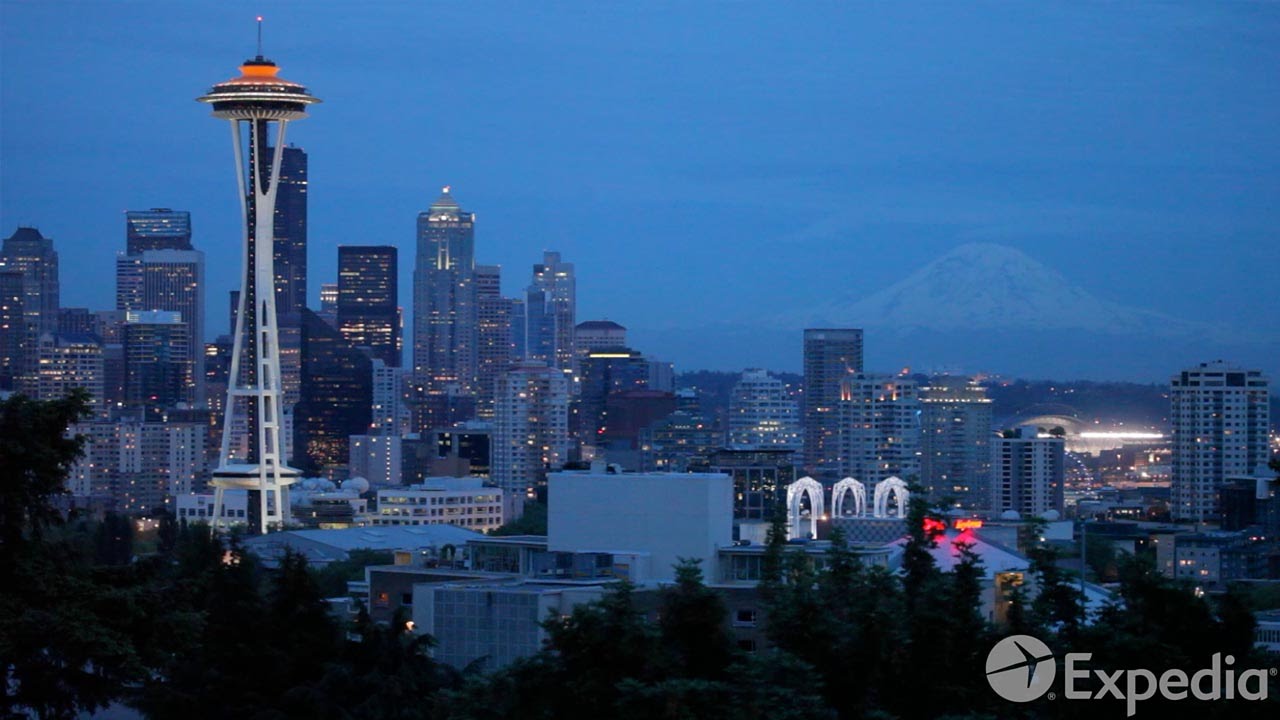 Seattle, on the coast between Puget Sound and Lake Washington is one of North America’s most beautiful cities.

In Downtown Seattle, you will discover some of the city’s oldest buildings around Pioneer Square. The Seattle Waterfront is famous for its seafood restaurants and pleasure cruises, and it’s a short, steep climb to Pike Place Market.

A short drive north from downtown brings you to Woodland Park Zoo, the Seattle Museum of Flight, or Lake Union.

The Seattle Center is home to the Pacific Science Center and the popular International Fountain, as well as Seattle’s most recognized landmark, the Space Needle. On a clear day, the observation deck at the top offers views as far as Mount Rainier.

Meanwhile Kerry Park on the south side of Queen Anne Hill offers a great view of Seattle and the Space Needle itself, which is particularly impressive when the sun goes down.