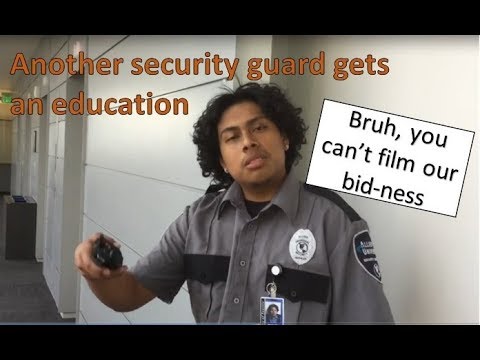 This is a first amendment audit of the Seattle city hall building. Overall the responses I received were very mixed. Some people were very friendly and helpful, some ignored me, one lady was a bit rude, and people on the 6th floor freaked out. The first security guard I encountered was nice but very much in need of some educating. Because of the bad apples on the 6th floor I have to give Seattle city hall a failing grade but there is hope.
It is very disappointing to see that the Mayor’s team and innovation team were the ones to freak out. It seems that they are so concerned with innovating new ways to tax the population they completely forgot about our civil rights. If Mayor Durkan and her innovation team keep going Seattle will become an empty city like Detroit was in the 1990s. For example, Amazon, which was founded in Seattle, had their headquarters here but due to many recent new taxes they pulled up stakes and moved across the lake to Bellevue WA.

The city of Seattle has passed or is considering passing many controversial new taxes including:
Taxes (tolls) for driving through down town Seattle on surface streets (pending)
Head tax on businesses based on the number of employees. (passed but repealed after controversy)
Mandatory low income housing with every housing construction project. (passed)
Free micro-housing for homeless people, these houses are the sized of back yard sheds (passed)
Mileage tax: tax on the number of miles driven each year. The population of Seattle doubles in the daytime due to all of the people commuting into Seattle from the north and the south both of which can be rather lengthy commutes. This tax would be very hard on the middle and lower income families since affordable housing cannot be found within the City limits but rather in the suburbs. (pending)