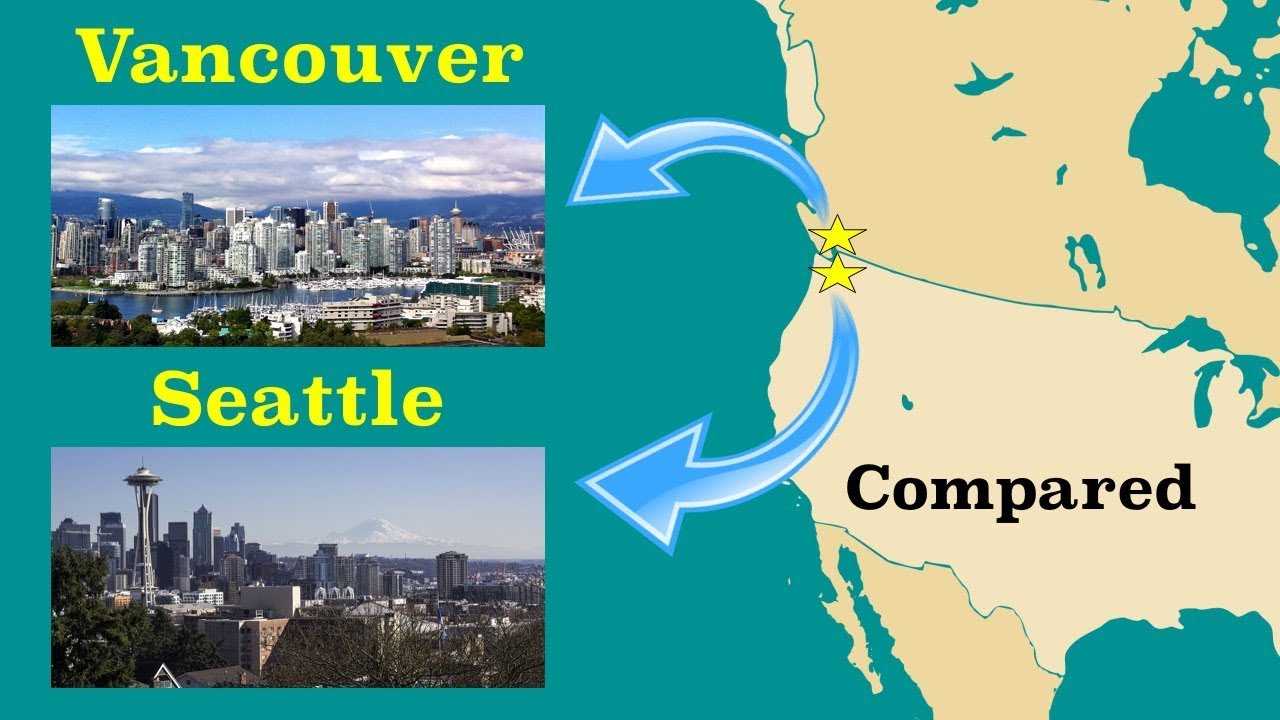 The first 100 people to go to https://www.blinkist.com/mrbeat are going to get unlimited access for 1 week to try it out. You’ll also get 25% off if you want the full membership.

A special thanks to Peter from the channel Stacks and Facts for reading over my script! Check out his channel: https://www.youtube.com/channel/UC37J30wHpQOtc1vzuN6OdDA

Special thanks to the AP Archive for footage for this video. It made a huge difference! AP Archive website: http://www.aparchive.com

Pick Your City: Should You Get an MBA in Seattle or Vancouver?

Two cities which, at first glance, seem very similar to each other. Although Seattle is an American city and Vancouver is a Canadian city, both are part of the same region, known as the Pacific Northwest, or sometimes known as Cascadia.

Both have a temperate oceanic climate known for their generally cool temperatures and rainy weather. While both have four seasons, it never gets too cold in the winter and never too hot in the summer. Both can get snow in the winter and get A LOT of precipitation from November through January. Yep, those three months are cold, dark, and rainy.
Both are in the infamous Ring of Fire, an area where lots of earthquakes and volcanic eruptions tend to occur.

Both have about the same population in the actual city limits. (V- 675,218, S- 724,745). However, Seattle’s metro population has about 1.5 million more people. (V- 2.5 million, S- 4 million) But you could say Vancouver is a bigger deal in its home country, as it has the 3rd largest metro in all of Canada, while Seattle has the 15th largest metro. Seattle has been the fastest growing American big city of the past decade.

While both are ethnically diverse, Vancouver is more so. 40% of Vancouver’s population is made up of immigrants. Around 28% of Vancouver residents are Chinese. It’s been called the “most Asian city outside of Asia.”

Both have low pollution and are environmentally friendly. Both have pledged to go carbon neutral by 2050.

I mean, overall both have a high quality of life, and thus…both cities are really expensive.