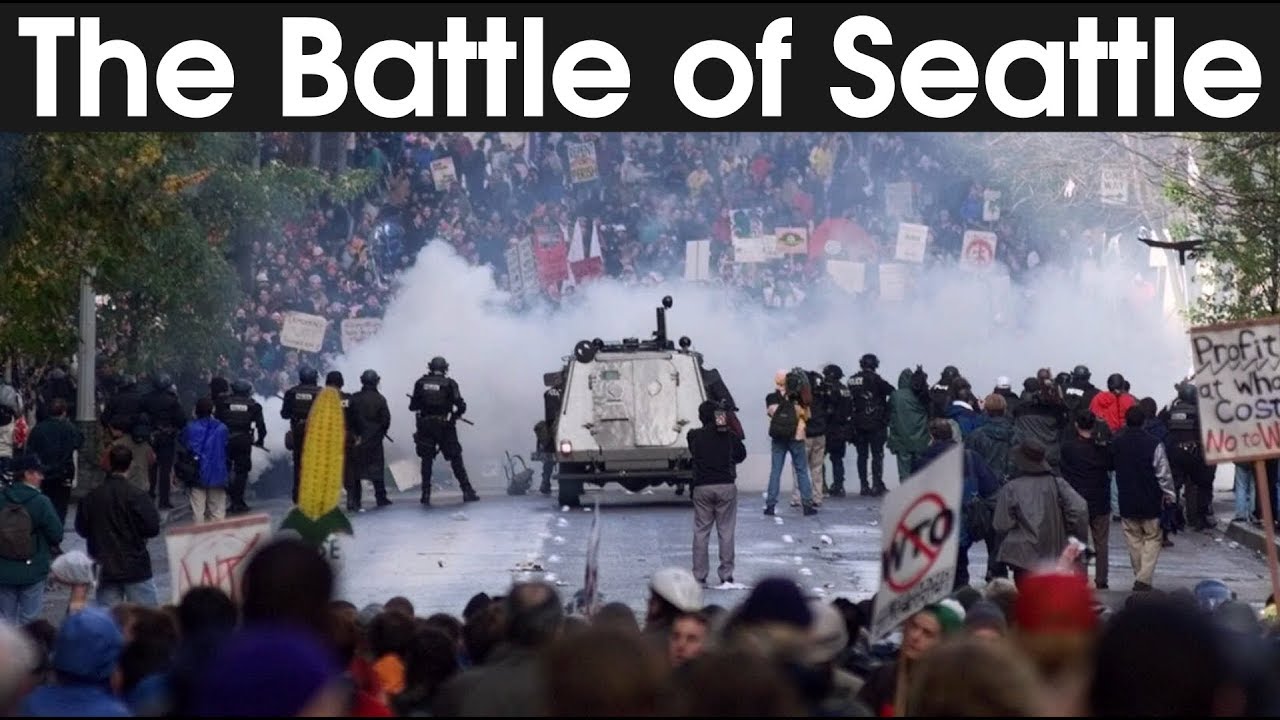 The Battle of Seattle was a week-long series of mass protests against the Ministerial Conference of the World Trade Organization hosted in downtown Seattle between November 30 and December 3 1999. It was one of the largest anti-globalization demonstrations and one of the first acts of mobilization coordinated via the Internet.

The conference began in November 1999 and sparked one of Seattle's largest political protests in history. Workers' rights, sustainable economies, and environmental and social issues were among the issues raised by protesters. The Mayor of Seattle declared a civil emergency on the first morning of the conference, after downtown streets and intersections could not be cleared and downtown businesses were vandalized. On November 30, the Governor declared a state of emergency. The City was chastised for mishandling the protests and being unprepared, which was widely publicized.

Months of research followed the WTO, delving into issues such as free speech and assembly, abuse by law enforcement officers, and mistreatment of detainees.

The footage and images featured in the video were for critical analysis, commentary and parody, which are protected under the Fair Use laws of the United States Copyright act of 1976.

More info on Seattle 1999: The battle of America against the World Trade Organization