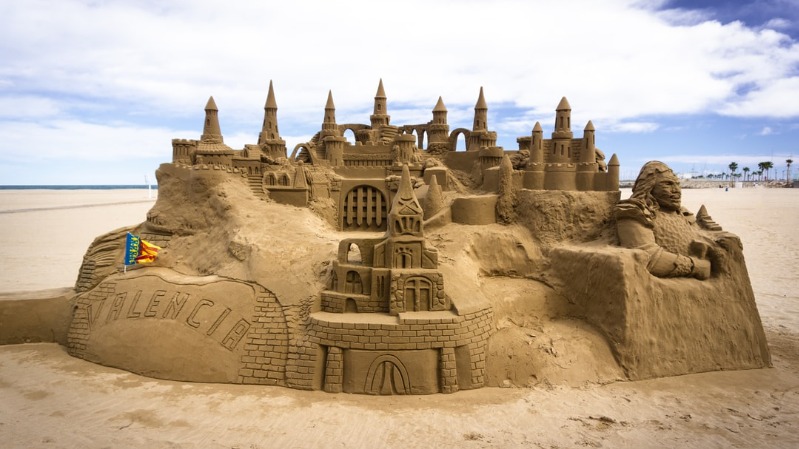 Have you ever built a sand castle? Can you imagine yourself building one as you hang out at the ocean basking in the sound of the waves and feeling the ocean breeze blowing in your face? What kind of sand castle would you build? What else might you create out of sand?

Well, SandSations in Long Beach, Washington is definitely an event to gain some knowledge and inspiration into creating wonderful art from sand. While the art is fleeting, the memories and experiences of the creative process will live for a long time with great stories of attempts and failures in accomplishing what you see in your mind long before it appears in the sand.

Sandsations is a sand sculpting contest held annually on the beach in Long Beach, Washington in July. This year was the 34th competition and the competition was fierce with teams from many different areas. Our arrival was the day prior to the real competition which took the teams all day to create. Starting early in the day, the teams ranging from families, to novices, to masters were gathered together, unloading supplies and preparing to start as early as 8 am. Once the go ahead was given, the teams huddled and delegated jobs, and began in earnest creating their works of art.

The day was perfect for the event – not too windy and sunny clear skies prevailed. The teams worked as one as they began their creations based on a theme that they selected. Many five gallon buckets were used to carry water and sand to be used in the process. Masonry tools and supports systems of various sorts were employed. One vendor even used kiddie pools to shape layers of cake out of sand. The process itself was fascinating to watch and experience.

By 4:00 in the afternoon, time was up for the teams. A group of judges wandered about scoring the sculptures and winners were announced an hour later. Pictures were taken, and awards given but most importantly people were inspired to try their own. Families had tons of fun, made great memories and promised to return again next year. Sea Quest was the top winner in the Masters Division with Sea Quest. They were all winners in my mind though…as I could never have achieved what any of them did! What a great way to have a fun day at the beach!