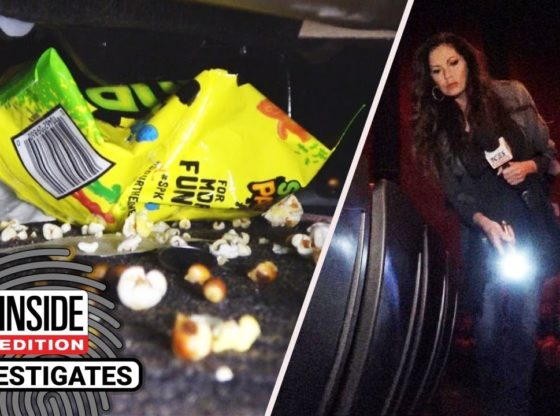 What kind of unwanted guests are some movie theaters attracting? Corey Virgilio told Lisa Guerrero, Inside Edition’s Chief Investigative Correspondent, that he was disgusted after he found bugs crawling all over the carpet at an AMC theater in Ontario, California. “As I’m recording, zooming in, I’m seeing multiple what looks like to me baby cockroaches,” he said, adding that he only spotted them after he dropped his keys under his seat. He said he also noticed discarded food.

More info on Rodents and Bugs Spotted at Movie Theaters