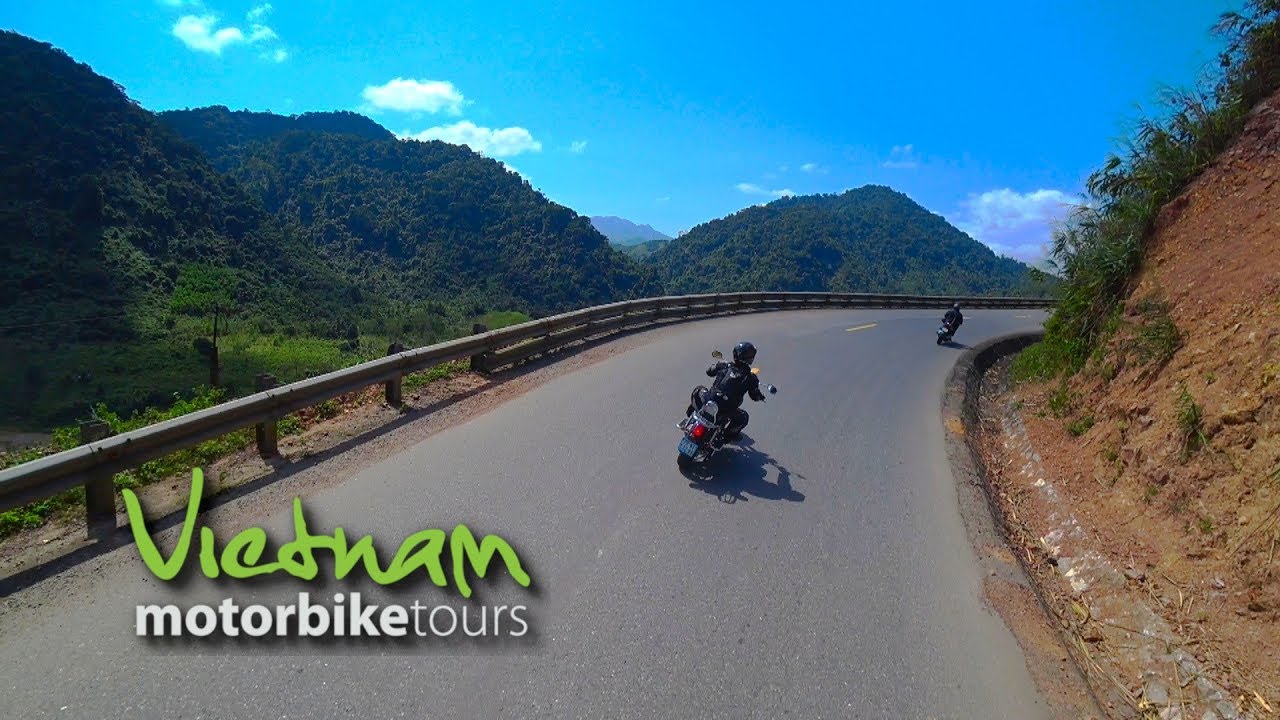 http://vietnammotorbiketours.com Day 10 on the Top Gear Tour with Vietnam Motorbike Tours! The final day of our 10 day adventure is way up north near China as we ride from the northwest highlands into Hanoi. Ngiah Lo is our final taste of the highlands before we head east toward the coast. A spot of brekky in this local joint then it’s time to gear up. Great to see other riders out and about on some really old bikes. No electric start on these babies, just a left hand kick start at a weird angle. A bit of fuel and then it’s time to see the real Vietnam. Electric bicycles are popular here, we rode past at least 100 of these on the way out of town with Vietnam Motorbike Tours. Not a bad idea given they have so much hydro electric power here. Spot the dirt rider trying to ride a road bike. So this is the Red River Valley, the cradle of Vietnamese civilization and where the first Vietnamese kings ruled thousands of years ago. And the Red River was used to conduct trade with nearby China. There’s a highway all the way to Hanoi but as usual we take the road less travelled and only pop out onto the main roads for the corners through mountain passes. We even get to do some dirt riding on the rougher roads. So how has the Vietnam Motorbike Tours trip been for Toby Price?

In the rider briefing they said we’ll be passing lots of trucks and just to be careful, even though they are generally good drivers. And they said the traffic in Hanoi gets really crazy. 20 years ago I remember Hanoi as a kind of big country town, filled with bicycles and influences from the French colonial era. Now it’s a highly polluted metropolis of around eight million people. You can still find very picturesque parts of the old city with Vietnam Motorbike Tours but once the tour is finished a lot of our guys are heading for nearby Halong Bay. Halong means descending dragon, and this world heritage listed area features thousands of limestone karst formations, inlets and tiny islands. Quite a few of the islands are hollow and feature huge caves. It really is a must-see if you get this far north. No more back roads, it’s all freeway now so time to speed things up. Damn is there anything these scooters can’t carry?

And finally, the traffic of Hanoi with Vietnam Motorbike Tours. After 10 days in the mountains, the frenetic pace and energy of Hanoi will come as a shock. But I was surprised to hear our crew say this was comparatively light traffic, possibly due to the new year holidays. I can see what the guys mean when they say we’ve had nine days of training for this. We now know the basics of the Vietnamese style of controlled chaos. The Vietnam Motorbike Tours crew say go with the flow, work cooperatively to keep the traffic moving, stay chilled and don’t be a dickhead. Road rage is virtually unknown here and despite nine days of ninja traffic training, I still lapse into road rage occasionally. Speaking of ninja training, a final word from our slightly racist sponsor. As far as I know, we haven’t lost a single rider this trip, at least not that I know of. Why? Our eagle eyed support riders have been amazing. They look relaxed but for 10 days they’ve been keeping a close eye on us, marking every corner, making sure our sidestands are up, indicators get turned off, giving back massages, running errands, cooking lunch and doing a thousand and one things every day. So in my shitty Vietnamese, com eong nieu, guys. Thanks so much. It’s been an epic 10 day trip. Mountain passes, terraced rice fields, hospitable locals, spectacular caves, countless corners, beautiful scenery and thousands upon thousands of corners. It’s been a blast and I’m sure many of us will be returning to see the real Vietnam.