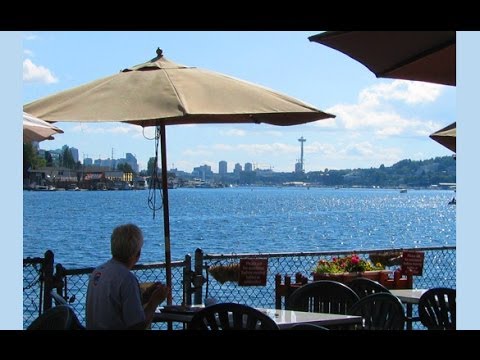 World Travel https://www.youtube.com/user/World1Tube
Seattle – Washington – USA Travel Guide http://bit.ly/18mIomQ
Restaurants in Seattle, Washington State, United States
Seattle has an enormous range of restaurants and cuisines dishing up Pacific Northwest, Asian and European food. The good news is, even the most high-end places won’t break the bank. A great time to try out some of the best eateries is during Dine Around Seattle, held twice a year in March and November, when many restaurants offer prix-fixe menus. If you need to grab lunch on the hoof, there are over 200 food trucks in the region serving an eclectic mix of fast food.

The Seattle restaurants below have been hand-picked by our guide author and are grouped into three pricing categories:
Expensive (over US)
Moderate (US to US)
Cheap (up to US)
The prices quoted here are for a three-course meal not including drinks, sales tax or service charge. If a service charge is not added to the bill, you should leave a tip of 15 to 20%.

In the heart of the financial district, ‘the Met’ is famous for its custom-aged, mesquite char-grilled steaks. Tuxedo-clad maître D’s, plush booths and ample use of mahogany and brass set the scene for a bang-up meal favoured by financial advisors and their well-moneyed clientele. The manly-sized grilled classics – filet mignon, porterhouse, chateaubriand – are tops, along with oysters and Dungeness crab claw cocktail to start things off.
Address: 820 Second Avenue, Seattle, Washington State, United States

A friendly atmosphere permeates this stylish venue, making it a top choice for dinner or a drink. The huge glass, bamboo sculpture in the middle of the restaurant, glass wall sculptures and lights behind the bar add a touch of drama. Well presented, popular dishes on the mostly organic menu include bistro bites like fish tacos, a gourmet burger and truffle fries, along with wild Alaskan salmon and roasted Oregon quail.
Address: 1010 First Avenue, Seattle, Washington State, United States

New to Tom Douglas’ restaurant empire in 2013, TanakaSan fuses Asian and American cuisine in a cavernous, modern space with tasty results. You could start with Osaka pancakes or wedges drizzled with ginger miso dressing. Then you might move on to a belly-warming bowl of ramen or caramelised coconut beef and rice, washed down with a Washington microbrew or sake slushie. Tanakasan is part of Assembly Hall in Belltown, which also includes a deli, market, and juice and coffee bar.
Address: 2121 Sixth Avenue, Seattle, Washington State, United States

Chef Tom Douglas has lost none of his culinary edge and the Dahlia Lounge remains a gastronomic institution. Red walls, low-lit paper lanterns and touches of Eastern artwork create a cosy ambience. Appetisers lean to Japanese-inspired seafood specialities, while the mains highlight juicy meats from the grill and rotisserie as well as Dungeness crab cakes, pan-roasted Alaskan halibut and other fresh seafood. Desserts, made in the restaurant’s own bakery, are legendary.
Address: 2001 Fourth Avenue, Belltown, Seattle, Washington State, United States