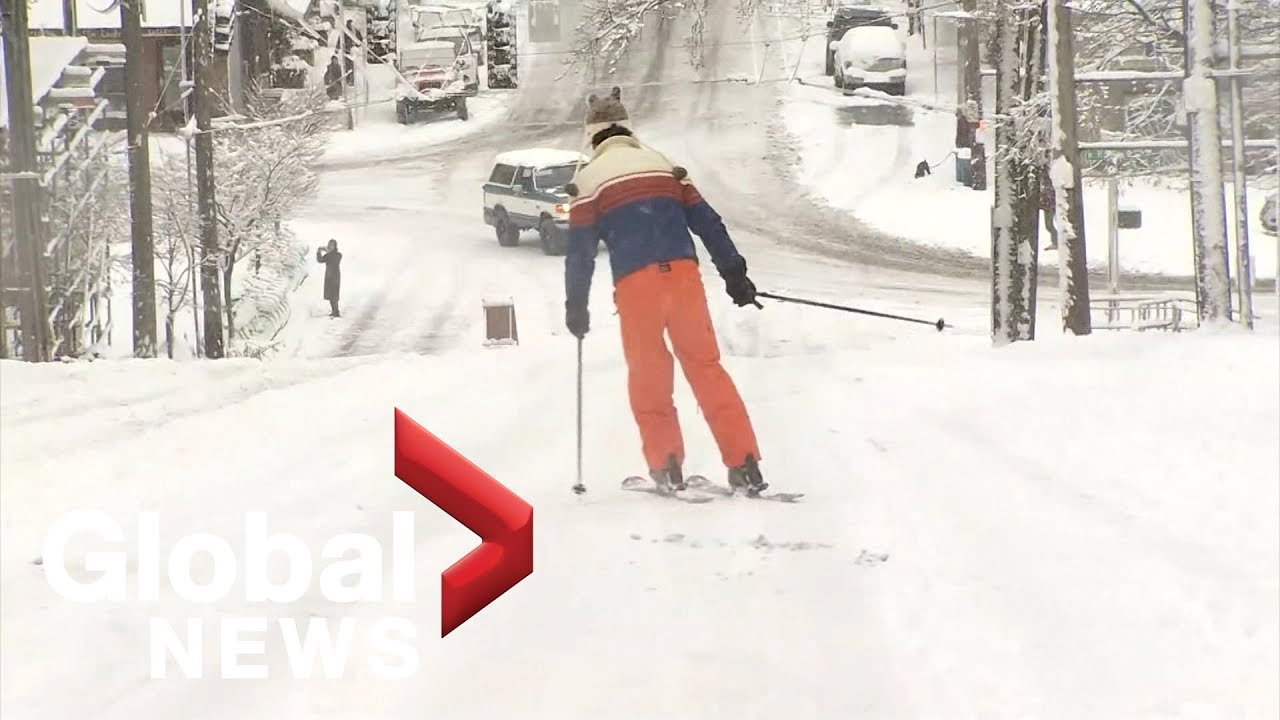 A winter storm that blanketed Washington state with snow and forced the cancellation of more than 200 flights moved south into Oregon this weekend. People used the slick opportunity to ski and snowboard on the snow-covered streets of Seattle.

Authorities worked to clear the snow on Monday after blizzards buffeted Washington state all weekend.