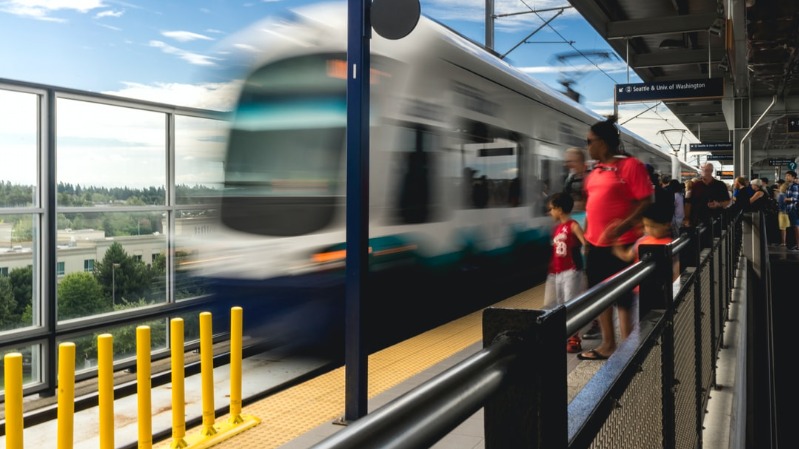 Seattle’s public transportation infrastructure is one of the best in the world today. From the comprehensive bus system to one of the world’s largest ferry systems, you can see Seattle from land, air, or sea for remarkably affordable prices. In many places, you can simply walk to your chosen destination in just a few minutes, especially if you are staying downtown.

The first thing you must do is get yourself orientated to the city. Seattle is in parts a basic city grid, but there are unique streets that wind here and there because of the multiple shorelines as well. When in doubt, look for the Space Needle. It sits north of downtown and can help you get orientated from many different locations.

The Bus System Is Highly Affordable

If you’re riding the bus downtown, there are times when you can get on and off for free. If you travel outside of the downtown area, however, a bus fare will apply at some point in the journey. You’ve got three options available to you if you plan on riding the bus to see all that Seattle has to offer.

Sound Transit. This is your best long-distance option for Seattle public transportation. It runs as far south as Tacoma and as far north as Everett. There are also partnerships with other public transportation providers that can take you to the Canadian border or out to the Olympic Peninsula. The seats are a little more spacious and the ride a little more comfortable.

Metro Transit. This is your in-city best option. It stops at most locations throughout the route, so short distance trips are great. The drivers are also very helpful in letting you know when your stop is coming up if you ask them where you should get off to see specific sites. If using this option, be sure to visit the Metro Transit home page for route updates because there are periodic closures for construction or special events from time to time.

Community Transit. If you’re seeing the university district of Seattle, then this could also be an option for you. It also has extended service routes that reach north into Everett.

Seattle also offers a couple of streetcar options for public transportation, but the only functional service is the South Lake Union streetcar at this time. Until the improvements are completed for the Alaskan Way Viaduct, the waterfront streetcar services have been suspended. If you are down by the waterfront, however, virtually everything in downtown Seattle is about a 15-20 minute walk away.

If you decide to ride the bus, make sure that you look at the destination signs before boarding. Several bus routes use the same stations and there could be more than a dozen different buses coming to pick up passengers. Not all routes are operating at all times in Seattle either.

All three public transportation systems also have a pay at the front door system of operation. In the past, one could pay while entering or leaving the bus on Metro routes. Now all passengers except for RapidRide stations are required to pay in advance. The farebox will let you know what the rate to pay happens to be, which can also vary from route to route.

Starting at 8pm, Metro Transit also offers what is called a “night stop.” Between 8pm-5am, Night Stops are offered for all passengers so that everyone can be more secure while seeing Seattle at night or experiencing the nightlife. This policy allows passengers to notify their driver of where they would like to be let off the bus, even if that location is not an official Metro bus stop. You’ll need to give the driver at least a 1 block notice in order to take advantage of this service. It does not apply to pickups. You can only get onto the bus from a Metro Station.

Night Stops are not available in all downtown areas.

The Light Rail Systems Are Good For Point to Point Destinations

Light rail services are not available between the hours of 1-5am, so you will need alternative transportation plans during this 4 hour period.

If using the light rail system to explore Seattle, be sure to use the University Street stop to see what downtown has to offer. The other stops tend to provide more hustle and bustle, especially on game days. It’s just a short walk from University Street to these other stations and the opportunity to explore shouldn’t be ignored.

Seattle is also home to a downtown monorail that connects Seattle Center and the Westlake Center Mall. Departures happen every 10 minutes and the total trip time is usually 2-3 minutes most days for the 1 mile trip. This option is perfect for those staying in a downtown hotel and want direct link transportation that is consistently on time.

If you’re looking for a day trip outside of the city, the Sounder train offers an affordable option that serves the greater Seattle area. It only runs weekday mornings and afternoons throughout the week, but is operational for home games played by the Seahawks or the Mariners. The maximum fare is currently just $5.25 one way. To see if the Sounder train is right for your Seattle public transportation needs, be sure to take a look at the current map of services.

The Ferry System in Seattle Is World Class

Everyone should ride the ferries that serve the Puget Sound area at least once. Not only are they Wi-Fi equipped, but there is a full galley on board most of the routes as well. From Seattle, the two most popular routes are to Bainbridge Island or to Bremerton, which make for perfect day trips away from the city. Further north, connections to Whidbey Island are possible, while further south connections to Vashon Island are possible.

The most exciting trip on the ferry system, however, is the Anacortes-based run that takes people to the San Juan Islands and to Sidney, BC when in season. Reservations are allowed on this line and they’ll be needed when the lavender is in season. A day in Friday Harbor, combined with time at the state parks and the extensive fields of flowers, is a memorable experience.

You will want to plan on arriving at least 30 minutes before the expected departure time of your ferry. It is less critical for walk-on passengers to arrive this early, but it does take time to make your way through the terminal, purchase your fare, and get through the checkpoints. Once on board, you are welcome to explore the outdoor decks, but stay keep indicated areas clear.

Most terminals have coffee stands, restaurants, and other facilities within a close distance of where you’ll need to board the ferry. Many do not accept debit cards, credit cards, or checks, however, so make sure to have some cash available if you need something. The on-board galley of most ferries do accept debit and credit cards, but the supplies are typically more expensive on the ship than at the terminal.

Private water taxi services are also available. Trips that explore the Seattle waterfront, options to go down to Vashon Island, or the occasional direct connection from Seattle to Victoria, BC are available. Each has its own unique cost and may change from day to day based on conditions. For a fun trip, consider booking a whale watching tour while exploring Seattle from the water.

Ride Shares Are Growing in Popularity

There are numerous opportunities to share rides in Seattle if you prefer a more personalized approach to your transportation needs. For long distance trips, ride share vans are available to take you out to the islands, the peninsulas, and the small Victorian communities like Port Gamble or Port Townsend that sit on the waterfront. They’re very affordable, allow you to see all the sites, and make sure you get back on time. Even the ferry fees are split by the passengers in the ride share.

Taxis are available at any time. The two main providers are Seattle Yellow Cab and Orange Cab Company. STITA Taxi provides a third alternative. If you want to use a cab instead of Seattle public transportation, consider downloading one of the apps that the taxi companies provide. It is rare to hail a cab from the street and you probably wouldn’t want to do so anyone with the amount of downtown traffic there tends to be. Phone calls to reserve cab time are often delayed, but requests for a cab through the apps are fulfilled in about 10 minutes or less.

Keep in mind that taxi drivers in Seattle also have the option of turning down your fare. For that reason, private companies such as Uber have also become quite popular as a public transportation alternative.

One of the unique options available from the ride share program is a program called Metropool. It’s a zero-emission alternative that offers vehicles which are 100% electric. Seattle has over 50 public charging stations and several local businesses have low-cost charging stations as well. There are only 25 vehicles in the fleet at this moment, however, so you’ll need to get your reservation in right away if this is an option you’re considering.

Bring a Bicycle? Then You’ve Got Options Too!

Let’s get one thing straight right away: riding a bicycle on the downtown streets of Seattle is not recommended. Not only are the east-west routes very steep, but not every bicycle lane is well-marked. There are numerous one-way routes that confuse drivers and when there are dedicated bike lanes, they are right next to four lanes of traffic.

There are numerous alternatives to help you get around the city that don’t involve the streets. A system of urban trails and other paths can help you to stay safe. Seattle public transportation will also take your bicycle on many bus routes, but not every bus is equipped to store the bike. There is a transit map available online that is free to download which shows the location of all bike trails and offers a guide to help you find the best way to get where you need to be.

Are You Ready To Explore Seattle?

Seattle and the Puget Sound region have many beautiful locations to explore. From the bounty that can be found at the marketplace to the simple beauty of nature at parks like Deception Pass, everything becomes accessible thanks to Seattle public transportation. Safe, dependable, and reliable, it’s the next best alternative to walking when you need to be somewhere inside or outside the city.