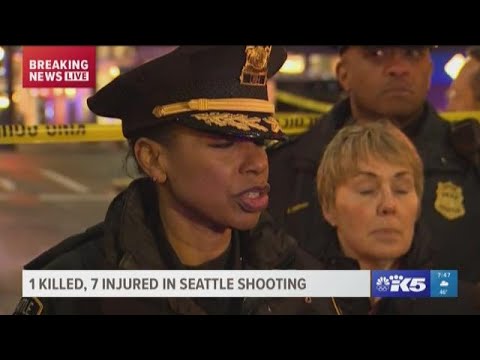 Officers believe there were multiple shooters involved in the incident that left one dea, 7 injured. Suspects are at large.