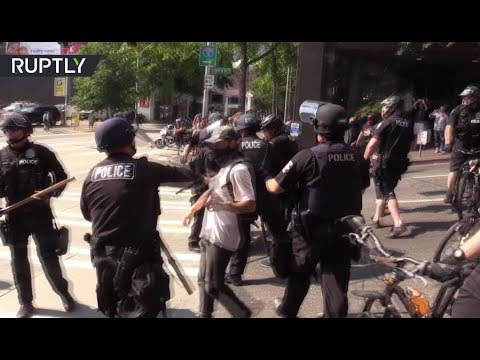 Counter-protesters gathered in front of Seattle’s City Hall, Saturday, to face off against right-wing participants of a rally called ‘Liberty or Death.’ The rally and counter protest were both relatively peaceful, except for a few minor confrontations. One man was injured from the far-right rally. Three people were arrested, according to local media reports.

Aston Manor Social Club – Seattle
Road to 150: Best Things To Do In The Northwest Territories