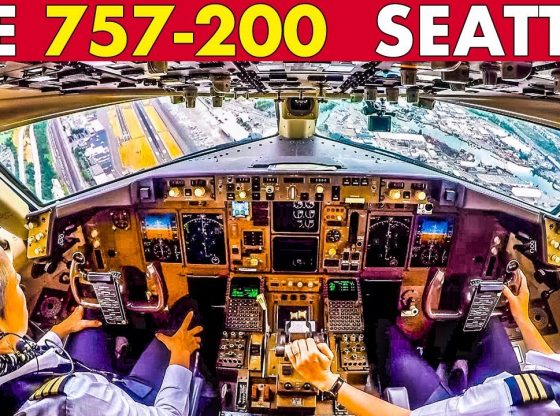 Just Planes is delighted to continue its tight relationship with Icelandair by bringing you a 5th Cockpit Film, this time we feature an all women crew, both cockpit & cabin, we feature the Icelandair 757 painted in the livery of VatnajoÌˆkull, the largest glacier in Europe, celebrating 80 years of aviation and to make this trip unforgettable we picked the Seattle route!

Captain Sigrun and First Officer Salvoer will explain in details what happens in the cockpit from the cockpit to the flight, departures & approach charts and talk about why and how they decided to become pilots. Another fantastic feature of this program is the scenery which is always great flying in and out of Iceland, flying over Canada and specially the approach and departure, we were very lucky with the runway for landing and takeoff giving you an amazing view of the city twice and an overflight of Boeing Field twice!

When subscribing to our channel make sure to click the bell to be notified when we post new videos. Thank you!

DRINK A SHOT OF JORDAN’S NUT, TO PLAY LIKE JORDAN
The Battle Against Gun Control I-1639