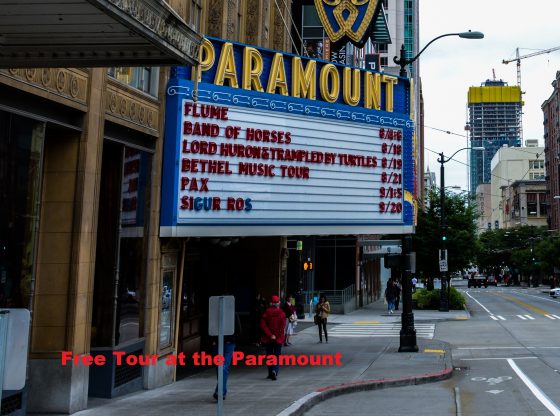 A wonderful free tour at the Paramount Theatre.

The volunteers at this wonderful theatre offer a free tour once a month and its well worth your time if you are lucky enough to take the tour during your visit to Seattle.

After visiting this place, you will truly appreciate all the hard work and effort that it takes in running a theater as well as how the shows are set up.

I visited this place thanks to the Seattle YouTube Meetup group. I didn’t even know about this tour and have lived in Seattle for a long time! I appreciate Zoe for setting it up.