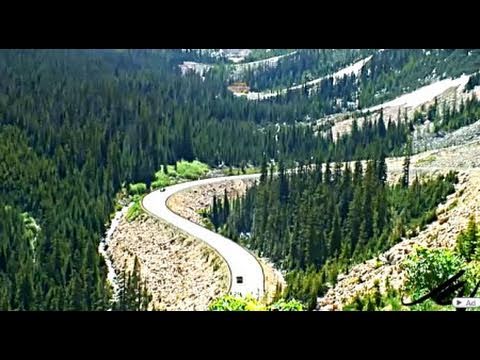 Cascade Mountains, WA . In July Cindy and I drove through the Cascade Mountains of Washington on an absolutely gorgeous summer day. Hot, with temperature in the 90’s and clear skies, perfect road trip.
For anyone looking for a memorable road trip, this is highly recommended. The roads are excellent and Washington State has many cost advantages to it’s northern neighbor. Fuel, accommodations and food cost less (just see how many Canadians go cross border shopping) and there are a lot of parks along the way to enjoy the outdoors.
We encountered some motorcycles, recreational vehicles and even bicycles taking this route.
Music: Slow mind by Alexander Blu http://creativecommons.org/licenses/by-sa/3.0/