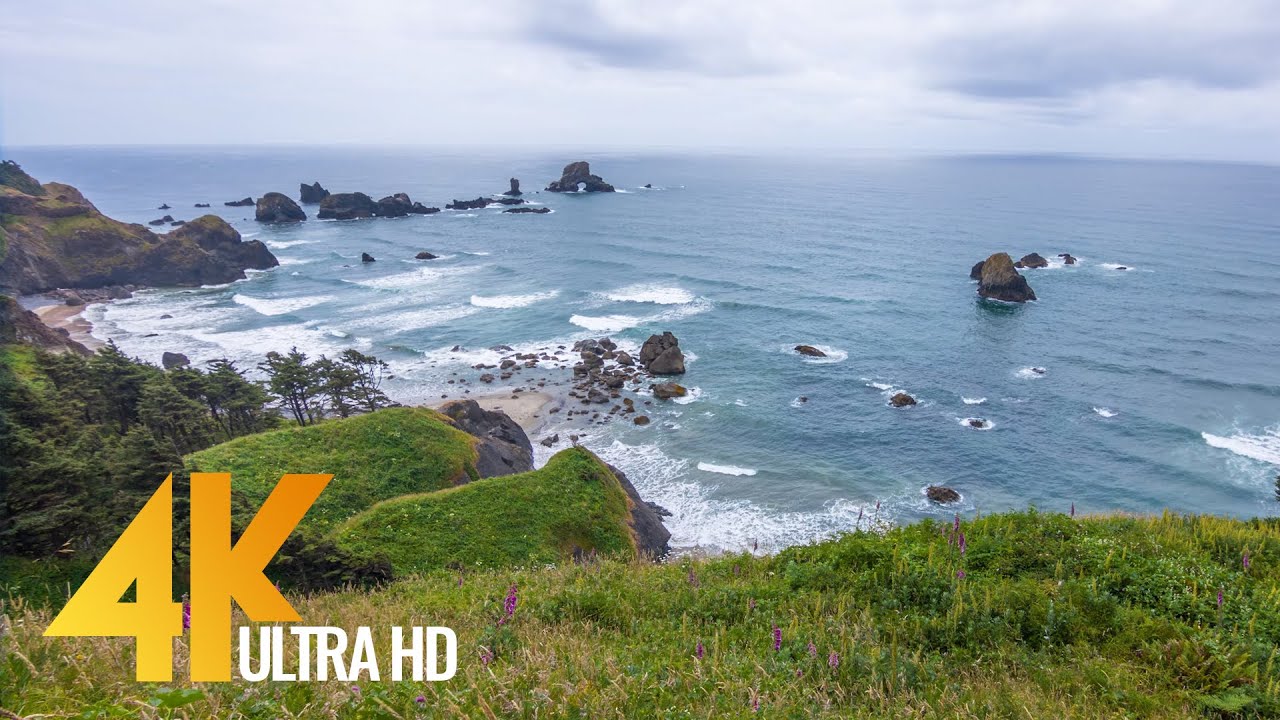 Take in the sweeping coastal views, open spaces and vast beauty of the Pacific Northwest. You’ll find pristine beaches of the Coastal Oregon with rugged cliffs and charming beach towns. All you need is take time to relax! This 4K UHD footage will help to restore your body’s energy, focus, lower blood pressure and enjoy your life more.

Start your virtual tour to the Pacific Northwest by watching our new 4K UHD film from https://www.beautifulwashington.com and https://www.proartinc.net
Download our 4K documentary film for your personal use at https://proartinc.net/shop/4k-hd-films/pacific-northwest-1-4k-documentary-film-with-no-voice-over/

You won’t be disappointed! The scenery is constantly changes! Enjoy the views of the Haystack Rock surrounded by clear waters of the Pacific ocean, numerous rocks, sea stucks and trails. Take a moment to admire the beauty and reunite with nature while watching our 4K UHD film on your Oled TV, Samsung 4K HDR TV, Sony 4K TV, LG 4K TV into a beautiful piece of art with our 4K UHD video.