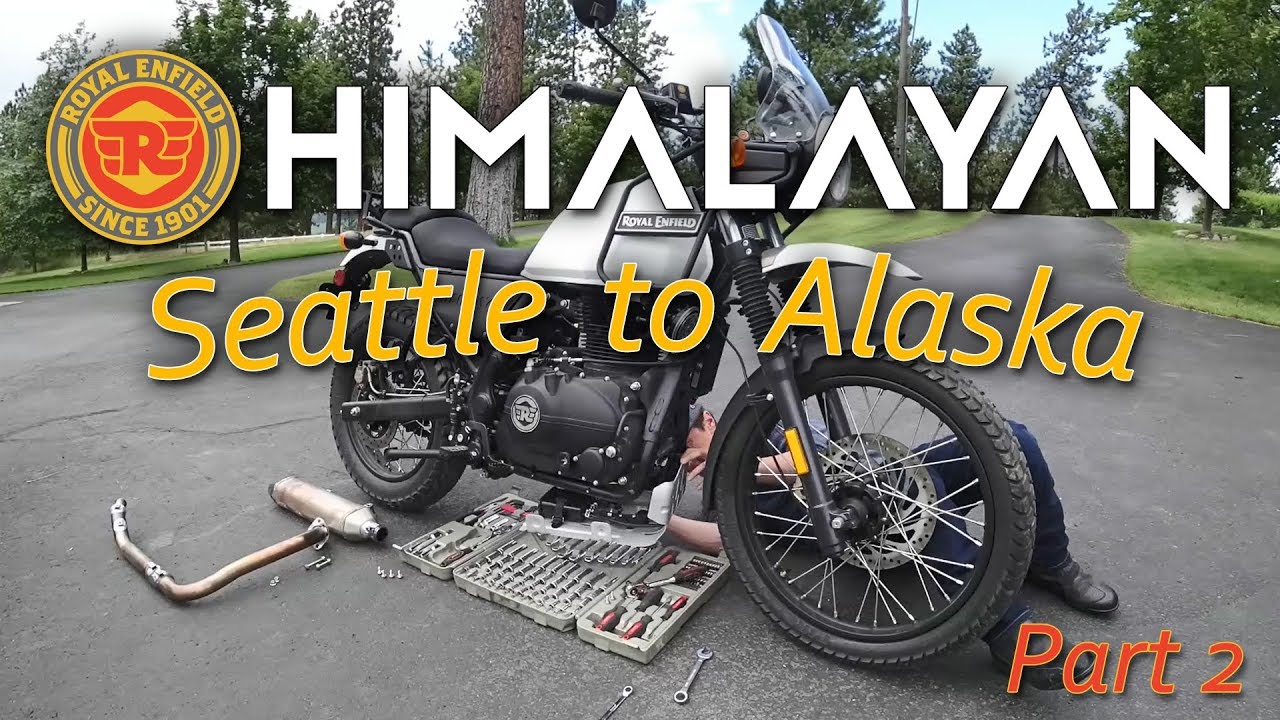 Part 2 of Royal Enfield Himalayan – Seattle, WA to Alaska was a huge pleasure to create. I put in some long, late hours on this and I hope you enjoy it. Consider liking, sharing or subscribing and all that fun YouTube stuff.

The highlight of the episode is the customization of the Himalayan exhaust with Cerakote Ceramic to not only improve the look of the exhaust but to increase the life and longevity of the entire exhaust system and muffler. A huge thanks to Phil at Precision Cerakote (http://precisioncerakote.com) for helping to make my new Royal Enfield Himalayan a one-of-a-kind, personalized machine.

Follow along as I purchase a Royal Enfield Himalayan in Seattle, Washington and ride it for the first time EVER all the way back to Alaska. I even do some customizing to the bike along the way!

This is the second part of a series of videos covering my purchase of the 2018 Royal Enfield Himalayan Himalayan, customizing the bike and exhaust with Cerakote Ceramic after only 300 miles, doing my first service, then continuing on through Banf National Park, Jasper National Park, the Canada Yukon and Alaska where I stopped at a magnificent glacier before arriving home.

The Royal Enfield Himalayan is a 411cc adventure bike built in Indian and made available in the U.S. for the first time in 2018. Very few motorcyclists in the U.S. have had the experience of riding one let alone taking it for a near 3000-mile ride right from the showroom floor.

IN THIS MOTORCYCLE SERIES

○ At only 411cc’s, how does it handle on American highways?

○ What’s involved with the first service at 300 miles?

○ Can it hold up on a long-distance adventure?

○ Is it comfortable, capable, and does it handle well?

○ How does the bike look after a ceramic coating of the exhaust, skid plate and levers?

○ And what sort of scenery, wildlife and adventures do I experience on my 2,800-mile ride back to Alaska?

I hope you enjoy this series. Please LIKE & SUBSCRIBE for the following parts and future Himalayan adventures in Alaska.