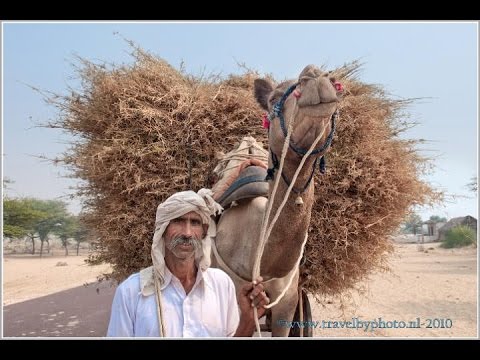 Part 1:
North India, a videoreport of our journey through Rajasthan. The most colourful state of India.

Mandawa. It is a very nice town. Time seems to have stopped here.
There are many Havelis in this village.
Early in the morning and the city slowly awakes.
The shopkeepers sweep their sidewalks clean and the marketers transport their merchandise on wooden carts with big wheels.

Bikaner is an adventure. Nice markets, busy streetlive, camels and cows in the streets. Everywhere activity.

The world famous shrine of Karni Mata can be found in the town of Deshnok 30 km south from Bikaner on the road to Jodhpur.
Karni Mata is worshiped as an incarnation of Goddess Durga.The Karni Mata temple is better known in the west as the Rat Temple.

In Phalodi we experience how life is in a small not so touristic Rajasthani town.It

The village Khichan is hardly 4 kilometres (2 mi)
away from Phalodi. At the lake gather thousands of Demoiselle Cranes (Anthrapoides virgo).

For a written travelogue in English with a lot of photo’s and more videos: see http://www.travelbyphoto.nl/reisverslag%20rajasthan%202010/reisverslag2010Rajasthan1_gb.html