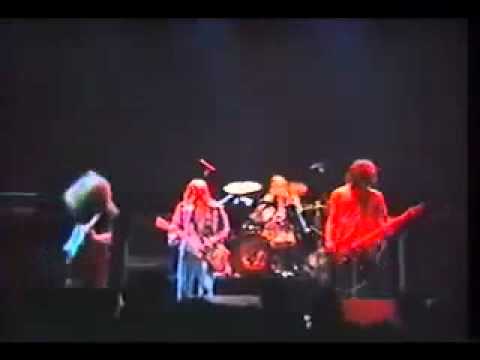 06/09/89 – Moore Theatre (Lame Fest ’89), Seattle, WA
The band’s sound was bad, but their performance was “totally intense,” according to a review.
At one point during the show, Kurt dove into the drum set and got his hair tangled in his guitar strings, then walked around the stage with the guitar dangling from his hair, according to attendees. NLG