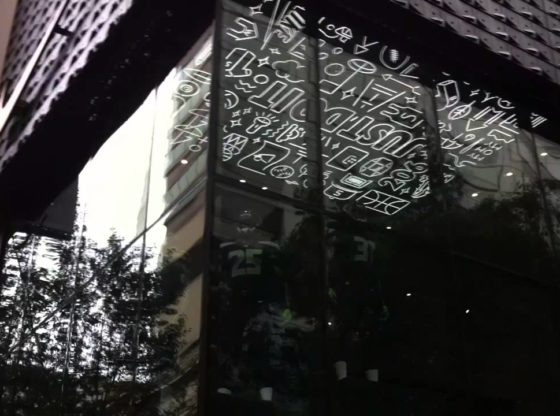 The renovated Niketown in Downtown Seattle WA. There is a new modern facade on the exterior of the Nike store building.

Inside, the Nike store has a display on the stairwell going up to the second floor which currently has mannequins wearing the 2015/16 Seattle Seahawks full uniform. Street traffic can see this display above the store entrance.