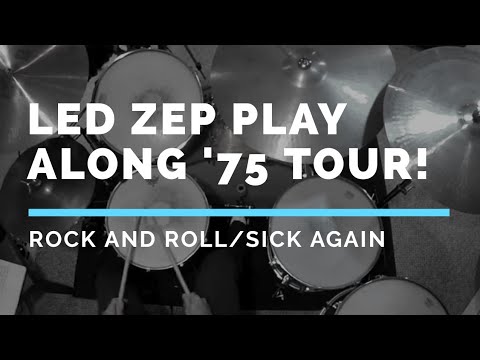 My intention here is just to demonstrate playing along in the moment and improvising, not necessarily trying to learn all the songs note for note. I am recording these in rapid succession, several songs in each day, just for fun. With that in mind, there may be some “looseness” about these videos, and there may be glitches and an occasional blunder too. But, that is part of the fun of playing along…its not meant to be clinically perfect.

One of the challenges of playing along with these live shows is the tempos can be pretty elastic and sometimes the lads get off from each other, or it can be hard to hear exactly what’s going on while thrashing away. Hope you all enjoy the series!

Also, subscribe to People’s Front Of Zeppelin at www.youtube.com/peoplesfrontofzeppelin

We have more great video covers on the way!