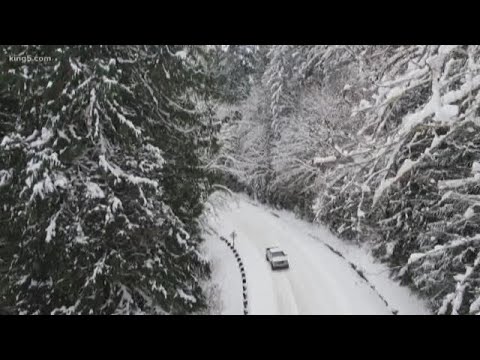 A civilian convoy helped bring supplies to residents stuck on the US 2 blockade. WSDOT used helicopters to get snow off trees. More snow expected in the north.