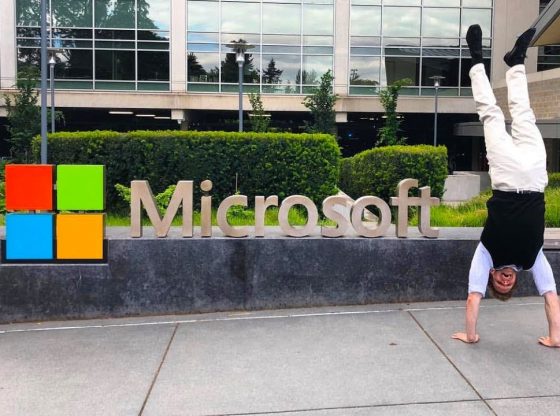 In this video, Patrick Lyons, YouTube fitness personality, prankster, and bodybuilder, shares the first day of his summer internship at Microsoft. Working in the tech industry has been his dream ever since he was a little kid, and in summer 2018 that dream finally became reality. Throughout Day One of the Microsoft internship, Patrick and the other interns go through New Employee Orientation (NEO), eat at the Commons on the main campus in Redmond, take pictures with the Microsoft sign, get set up with their new computers, and take part in Camp Microsoft. Interns even get access to the Seattle Pro Club (the nicest gym in Seattle). Check it out to see all that and more. This is one video you don’t want to miss.