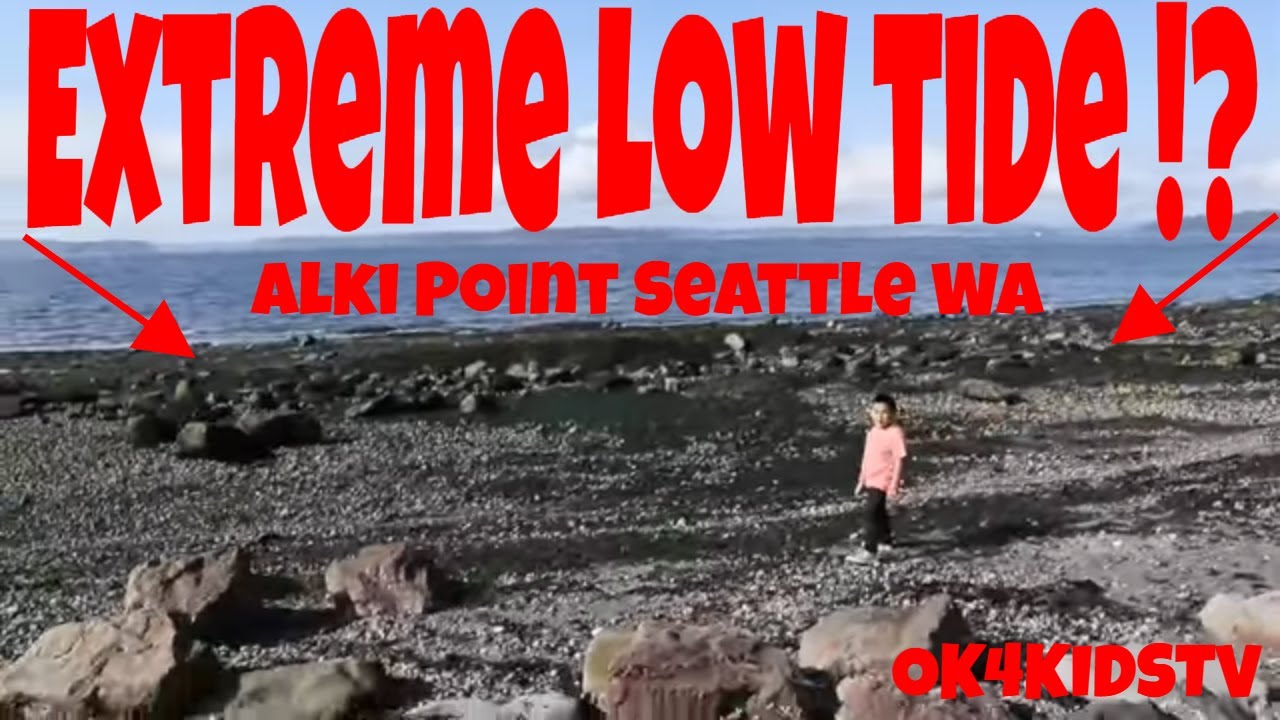 Ok4kidstv gang visited Alki Point Seattle WA. It was a sunny day but little breezy. We did a low tide exploration. Lots of interesting creatures and fun time hopping on slippery rocks .