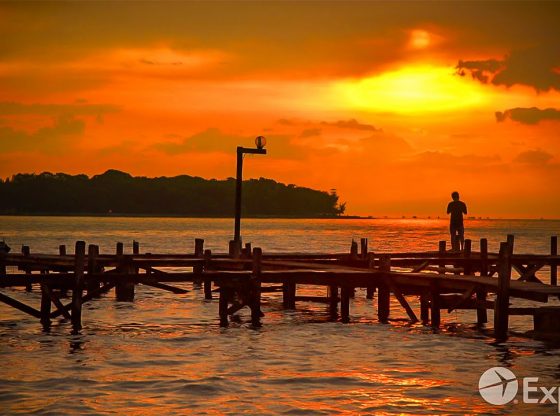 Indonesia’s capital, Jakarta, lies on the northwest coast of Java, the most populous island in the world.

From the center of Merdeka Square rises the towering National Monument, whose Flame of Independence shines its reassuring and unifying light across the entire archipelago.

All around the square are some of the capital’s most important buildings, such as the National Museum of Indonesia. To the northeast rises the gleaming minaret of Istiqlal Mosque, the nation’s main house of worship, while directly opposite is magnificent Jakarta Cathedral.

In the heart of Jakarta’s old town is Fatahillah Square, home to Jakarta’s best heritage architecture and more fine museums, such as the Jakarta Historical Museum, the Wayang Museum and the Museum of Fine Arts and Ceramics.

After you’ve explored the museums around Fatahilla Square, pull up a chair at Café Batavia. Then take a boat ride around Sunda Kelapa and see traditional Makassar Schooners unloading and resupplying for inter-island voyages.

When it’s time to take a break from the non-stop bustle of Jakarta, embark on a nautical adventure of your own and explore the Pulau Seribu National Park.

Indonesia is made up of over 17,000 islands. To sample them all in a single day, head to Taman Mini, a theme park that brings the entire archipelago to Jakarta.

Jakarta is a gateway to Indonesia through which many rush. But it’s a gateway that offers much to those who linger.