Inside The First Amazon Go Store 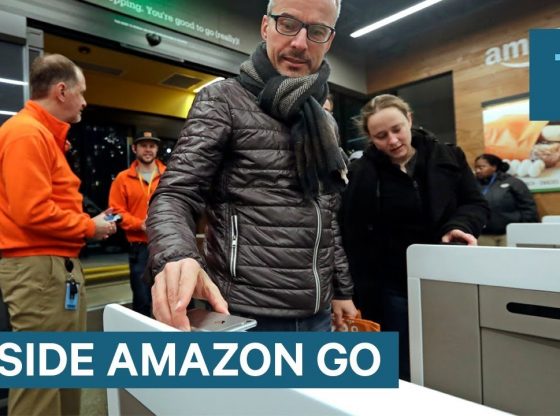 Here’s what it’s like inside Amazon’s cashier-less store. Amazon Go has no checkout lines, cashiers, or registers. The store is located in Seattle, right near Amazon’s campus.

They sell prepared foods and grocery staples. There’s also a small selection of beer and wine.

You use the Amazon Go app to enter the store.

Here’s how the entire process works.

Customers enter the turnstiles by scanning a QR code. Anything you pick up is added to your virtual cart. Any items you put back will automatically be removed from your cart. Once you finished shopping, you can walk right out.

No cashier needed. Your Amazon account will automatically be charged.

But how does Amazon make sure no one steals anything?

Amazon Go uses cameras and high-tech sensors. The combination of cameras and sensors keeps track of where the items are located. However, the technology isn’t perfect, as some YouTubers have proven.

Will walk in and walk out stores be the future of retail?

Tech Insider tells you all you need to know about tech: gadgets, how-to’s, gaming, science, digital culture, and more.
Subscribe to our channel and visit us at: http://www.businessinsider.com/sai
TI on Facebook: https://www.facebook.com/techinsider
TI on Instagram: https://www.instagram.com/tech_insider/
TI on Twitter: https://twitter.com/techinsider
INSIDER on Snapchat: https://insder.co/2KJLtVo

More info on Inside The First Amazon Go Store