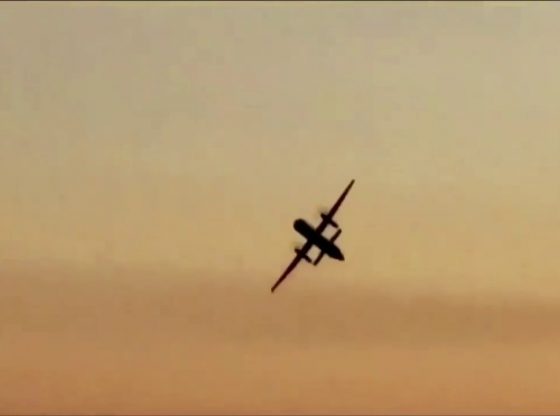 A plane has been stolen from Seattle-Tacoma international airport by an employee and crashed nearby, authorities have confirmed after flights were grounded in a major security incident.

The emergency shut down the airport, known as SeaTac, and the surrounding skies. One or more F-15 fighter planes contacted the rogue aircraft and it crashed soon afterwards, said local media, citing sources at Joint Base Lewis–McChord (JBLM) air force base

Some dude stole a plane from #Seatac (Allegedly), did a loop-the-loop, ALMOST crashed into #ChambersBay, then crossed in front of our party, chased by fighter jets and subsequently crashed. Weird times.

Passengers on Twitter are claiming that a man has taken – or even hijacked – a plane at SeaTac airport that may have crashed after being chased by fighter planes. Live and archived dispatch audio from the Air Traffic Control tower, which you can listen to below, appears to bear out that a plane was taken, and Alaska Airlines has confirmed that an “unauthorized take-off” occurred.

“We are aware of an incident involving an unauthorized take-off of a Horizon Air Q400. We believe there are no passengers on board. More information as we learn more,” Alaska Airlines wrote on Twitter around 9:20 p.m. on the west coast.