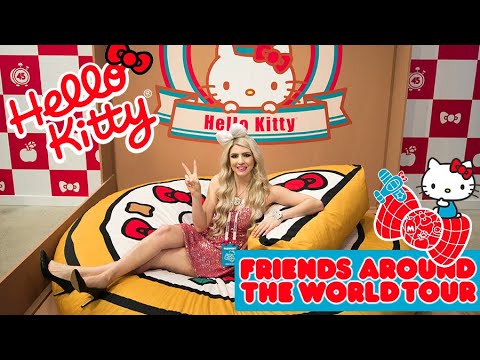 In this super kawaii video I adventure down to Seattle, WA, USA to check out Hello Kitty’s Friends Around The World Tour! A Hello Kitty dreamland that takes you on a trip from her home in London, to the colourful festival season in Tokyo and everywhere cute in between. Be sure to check out the tour when it comes to a city near you! -Desirée

P.S. Can you count the amount of times I say cute in this video? Hehe oops.

P.S.S. There’s a fun little secret hidden in this video, I wonder if any of you can hear it!

♥ MUSIC ♥
♬ It’s Probably My Boyfriend…
➜ Instagram: @hekti
Currently accepting new music projects, feel free to DM him for any of your music needs. He’s super talented and is really good at creating exactly what you have in mind, and giving your project that special custom piece of music it needs.