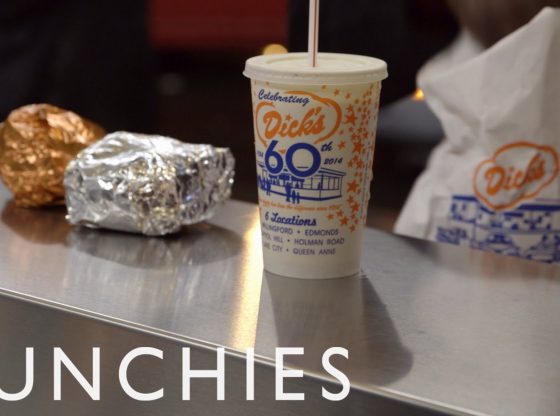 WATCH PART 2 NOW: http://bit.ly/1JfnuEA
Welcome to Washington! Host Tarik Abdullah kicks off our journey around the Emerald State with a taste of Seattle’s classics: coffee, seafood, teriyaki, and late-night burgers at the beloved Dick’s Drive-In.

Between teriyaki with some local Ave Rats on University, mounds of fried salmon and chips at Ivar’s Fish Bar, and a stop at Dick’s Drive-In for a burger, fries, and a vanilla shake, Tarik makes time to stop by Victrola Coffee Roasters for his first-ever coffee fix and learns that pouring latte art is even harder than it looks.

Check out http://munchies.tv for more!