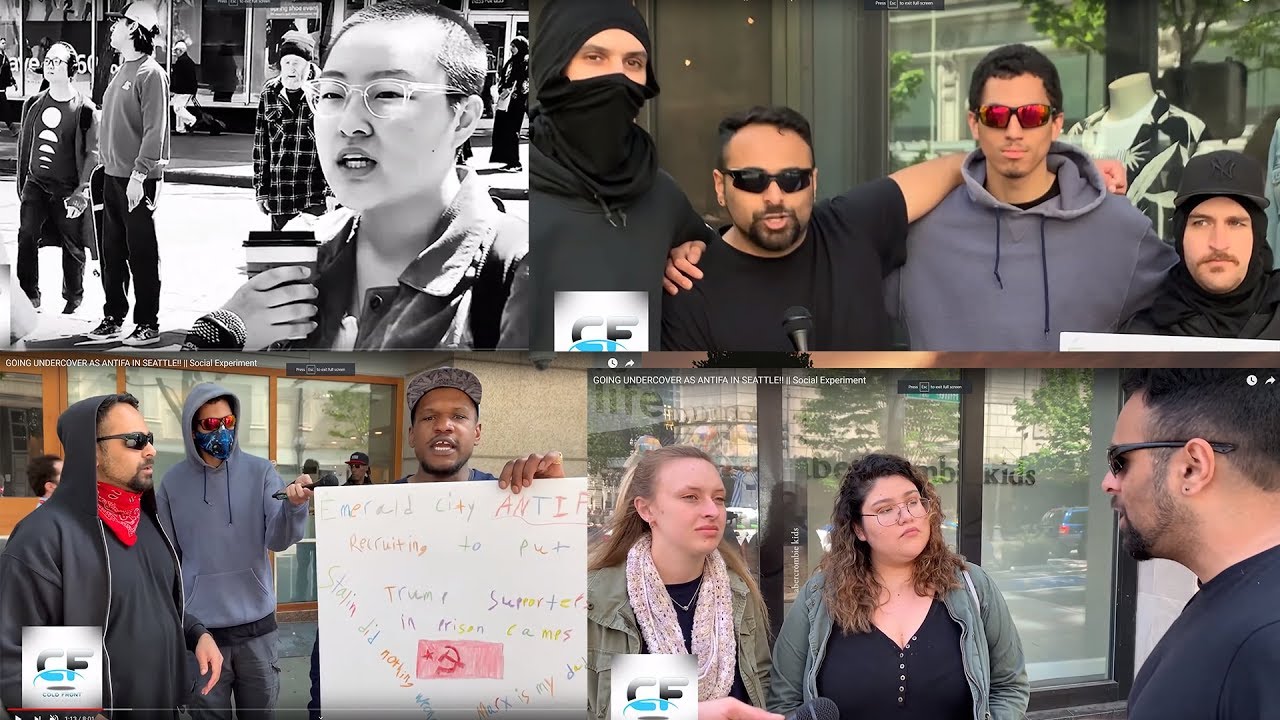 antifa (who we now call PRO-FA or Pro-Fascists); are Violent, Terrorist Scumbags who threaten the safety of ALL who disagree with them. They also Constantly and Consistently Doxx and Follow our Movements (because they’re creepy basement dwellers).

So I thought it would be a funny idea to pose as “Emerald City ANTIFA” (the group that harasses us the most); and see what people in Seattle thought of them. Dion and I made a sign that said “Emerald City ANTIFA Recruiting”; and put below it “#MarxismyDaddy” and “Stalin did nothing wrong” and dressed in hoodies and bandannas calling ourselves “Salt and Peppa”.

Find out what so called “Normal Liberals” had to say when they thought they were talking to “ANTIFA”. AND FOLLOW US ON SOCIAL MEDIA!!! (Links down below).