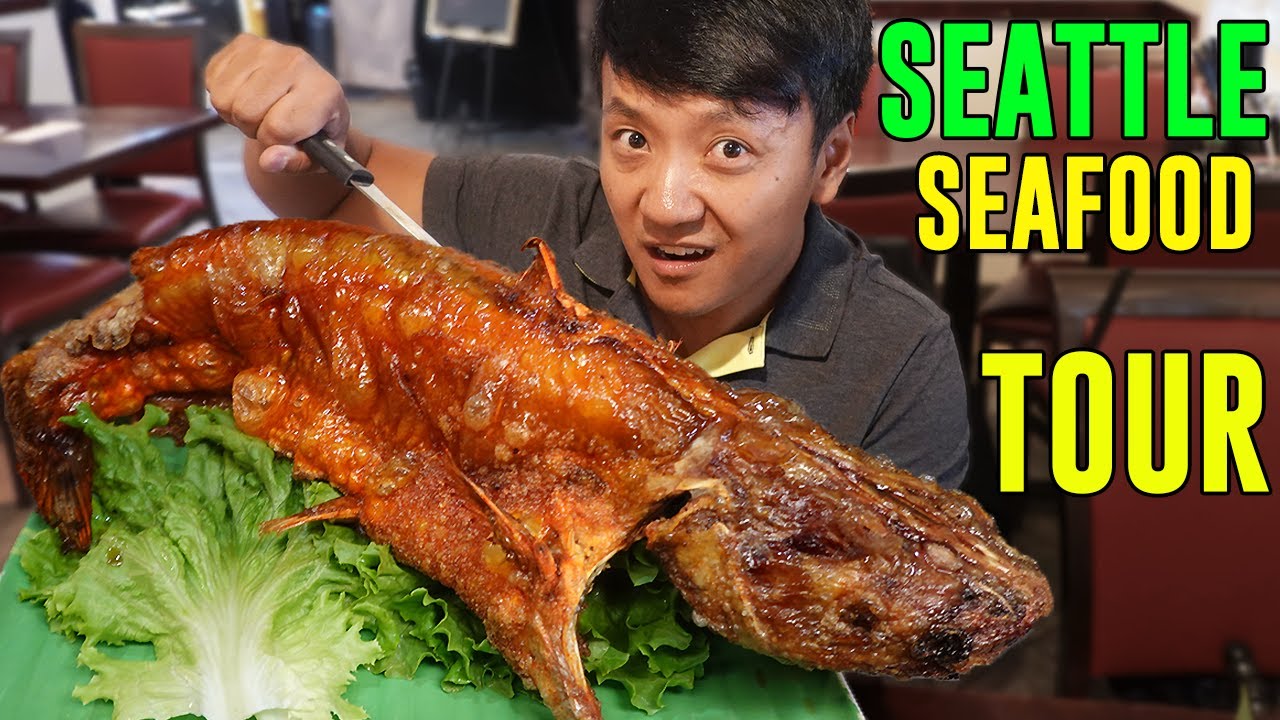 I love the rain and Seattle is the best state to be in if you love that kind of weather. Before my seafood tour, I ate some of the best donuts ever! You must go try it if you ever stop by Pike Place Market. Seattle has some great seafood, and I ate some of the best chowders that Seattle has to offer. Then I ate a massive monster catfish which was amazing. The fish was so tender, and the skin was super crunchy!

➔ Get tickets to the best show on earth!!! http://bit.ly/2gu7REI