First look inside the Amazon Spheres 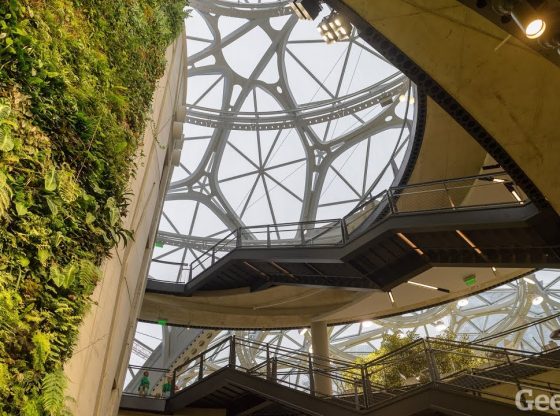 The Spheres is a new and very unique work space for Amazon workers in Downtown Seattle, along with being a significant new architectural landmark for the city. The three glass domes are an indoor garden that house 400 species of plants from around the world, given an escape to nature for the tech giants workers.

More info on First look inside the Amazon Spheres