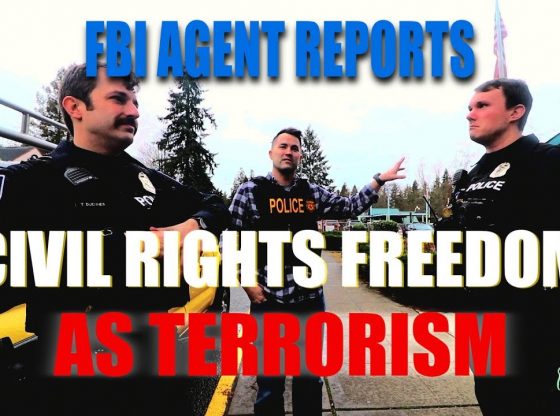 Seattle, Washington (2018) – [description + timecode + results]. I visit the U.S. Post Office at Wedgwood Station to do business and film what I can see only from unsecured, unrestricted, public-access areas (01:20). An angry postal worker calls 911 within about 30 seconds of first contact and repeatedly violates federal and state ethics, local codes and official policies.

I go inside and other postal workers acquiescence to the presence of the camera once they realize I’m friendly. I film little in the lobby area because there are many children present. A senior and respectful postal clerk puts female clerk at ease and describes my activity as “documenting something” (07:27). A child is interested in the angry postal worker shouting near the public sidewalk (08:50). I exit the building and repeatedly own rude postal worker by asking him simple questions (09:18).

Seattle Police Officer says Civil Rights freedom is reason for trespass from public resource (11:59). I refuse to ID and ask “Have I committed a crime?” (12:40). I ask for clarification, tell them what happened, and ask if they want to investagate using my video footage (13:16). I show them a federal memo (14:35). A Federal Agent suggests reporting me to the FBI’s Joint Terrorism Task Force for peacefully exercising freedom near the post office (15:30).

I say: “You guys got the American flag behind ya” and a Seattle Police Officer replies “very patriotic” (16:20). Federal Agent tries to question and lecture me about my legal activity, but get owned instead (16:30).

I express empathy regarding their unease in front of a camera (17:08). Federal agent speaks of using force, then says “please, please comply” (18:27). Seattle Police Officer says he doesn’t appreciate the 4th Amendment (18:42). Federal Agent says he wants to get a “good” picture of me, but fails (19:01). I tell them to honor their oath and dismiss them, followed by a short conversation with the most respectful police officer.

[ Really hate the brief audio fail included because the quality and manner of initial contact with police is important in determining how an individual should respond. ]