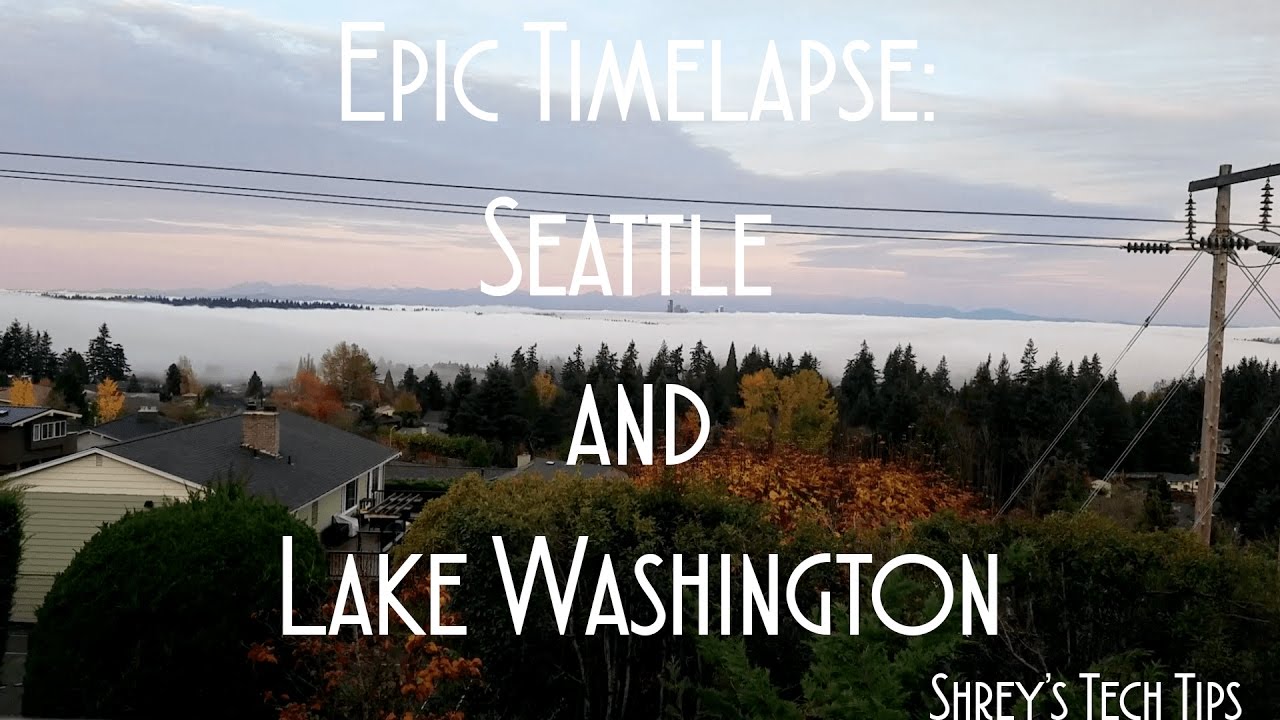 Epic Timelapse of fog/clouds rising with a view of Downtown Seattle and Lake Washington. Shot on my Galaxy S7.