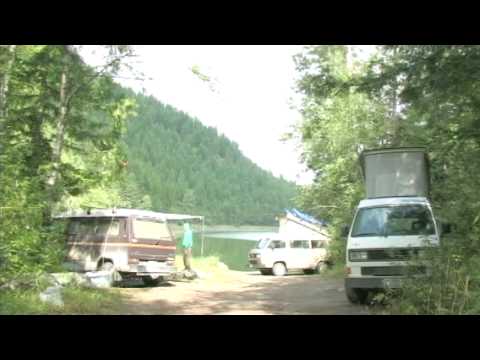 outdoor storytellers. Coer d’ Alene, Idaho resident, Scott Quinnett, has renovated 12 Westfalia-Vanogans into the ideal road-trip vehicle. 1986-1987 Westfalia Vanogans Wolfsburg Edition Weekenders have been tricked out and ready to roll all through the Pacific-Northwest and Canada for those that don’t want to go to a rent-a-car lot for their vacation vehicle. Follow a crew of them into the Selkirk, Purcell and Cabinet Mountains.