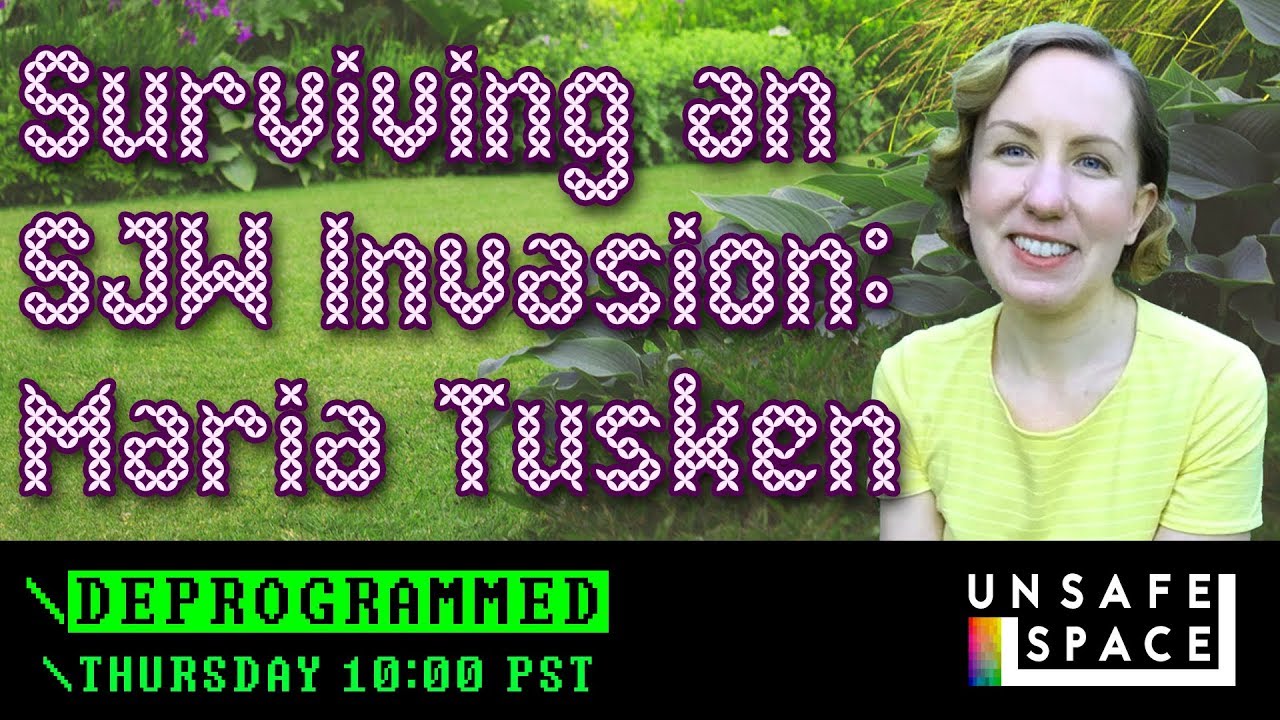 Carter and Keri speak with Maria Tusken. Maria is the owner of Tuskenknits, a hand-dyed yarn company based near Seattle, WA. She was ostracized from most of the knitting community in January of this year for speaking up about a “conversation” around racism in knitting. Since then she has woken up to the current SJW mentality in the world and watched as the knitters continue on their path of “inclusivity” and “tolerance”. Maria also enjoys writing, sewing vintage clothing, and reading old books. She lives in the countryside near Seattle with her husband, two cats, and two dogs.

You can watch our first video on this subject, “SJW Knitting Circle of Hell,” here: https://youtu.be/qCMS2e1nez4

About Deprogrammed
Every Thursday at 10:00 Pacific (or 11:00, depending on Keri’s schedule), former SJW Keri Smith joins Unsafe Space to co-host “Deprogrammed.”

We’ll explore the philosophy, strategy, and tactics that Marxist and postmodern nihilists use to program “Social Justice Warriors,” turning otherwise thoughtful, critically-minded individuals into armies of extreme leftist NPCs. Each week, we’ll talk about a different aspect of “social justice” culture, drawing both from Keri’s personal experience as well as current events.