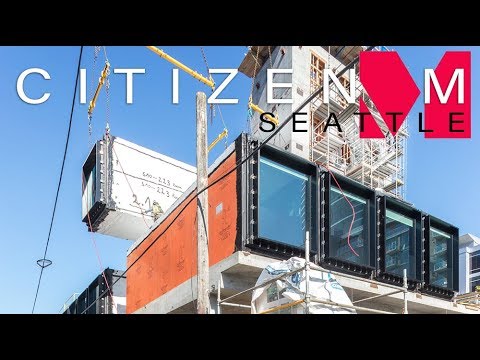 A short film about the construction process of the Citizen M hotel in South lake union, the first modular hotel in Seattle.