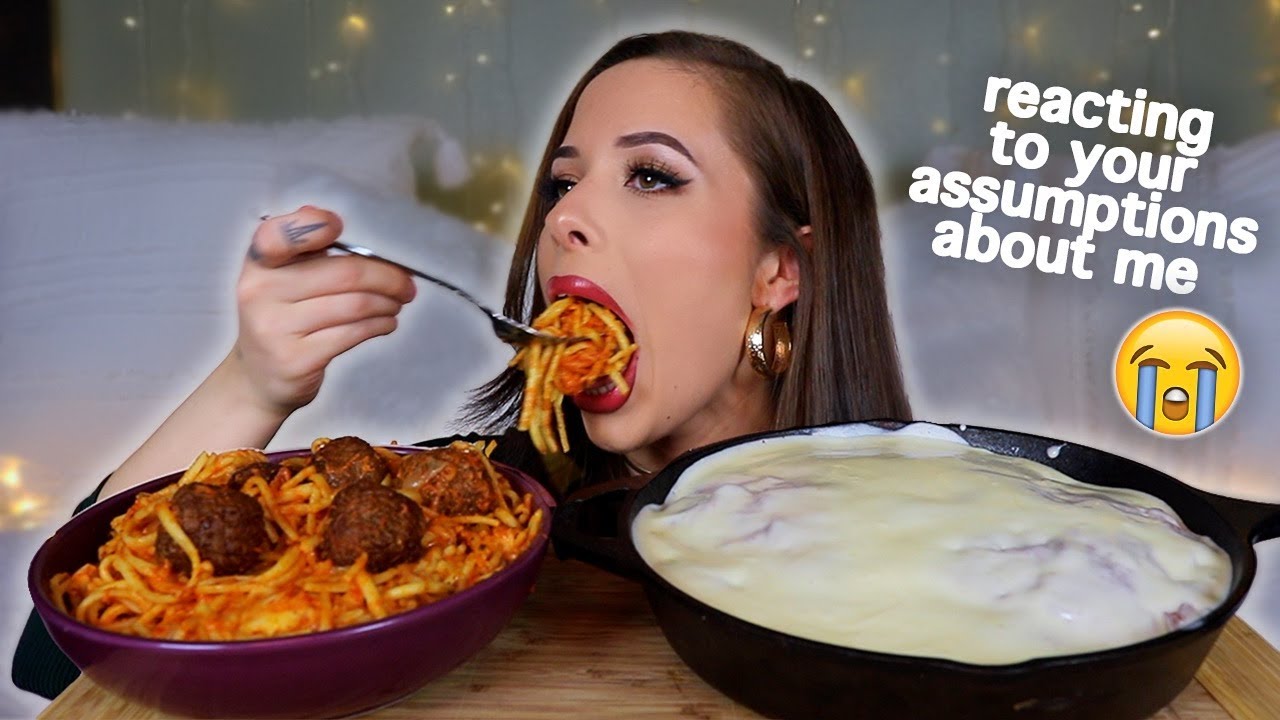 Hey guys 🙂 for today’s mukbang I’m eating vodka-style spaghetti & vegetarian meatballs and a giant cinnamon roll skillet with tons of icing of course!!! (recipes linked below)
While I eat, I also react to your assumptions about me! You guys were 99% correct on all of them hahahhaha. I hope you enjoy!

Recipes:
1) Cinnamon rolls: https://www.youtube.com/watch?v=k4G5I8HLpXU
2) Frosting: https://simpleseasonal.com/recipes/copycat-cinnabon-frosting
3) How to make into a giant roll (I failed at this lol): https://tasty.co/recipe/giant-cinnamon-roll

2) Spaghetti:
I didn’t measure anything, just threw it together!
1) Cook onions & mushrooms (chopped), in skillet w/ butter on medium heat
2) Add in 1/2 can Vodka sauce (I used cucina fresca)
3) Add in 1/2 can caramelized onion and butter sauce (I used Mezzetta)
4) Add grated parmesan cheese (to taste)
5) Cook your pasta of choice, add to pasta sauce and mix together
6) Refrigerate overnight
7) The following day, preheat oven to 350 F, add shredded mozzarella to taste, and bake until cheese is melted!

Music provided by:
Song: i want u by Jalen Edington
SoundCloud: https://soundcloud.com/jalenedington/