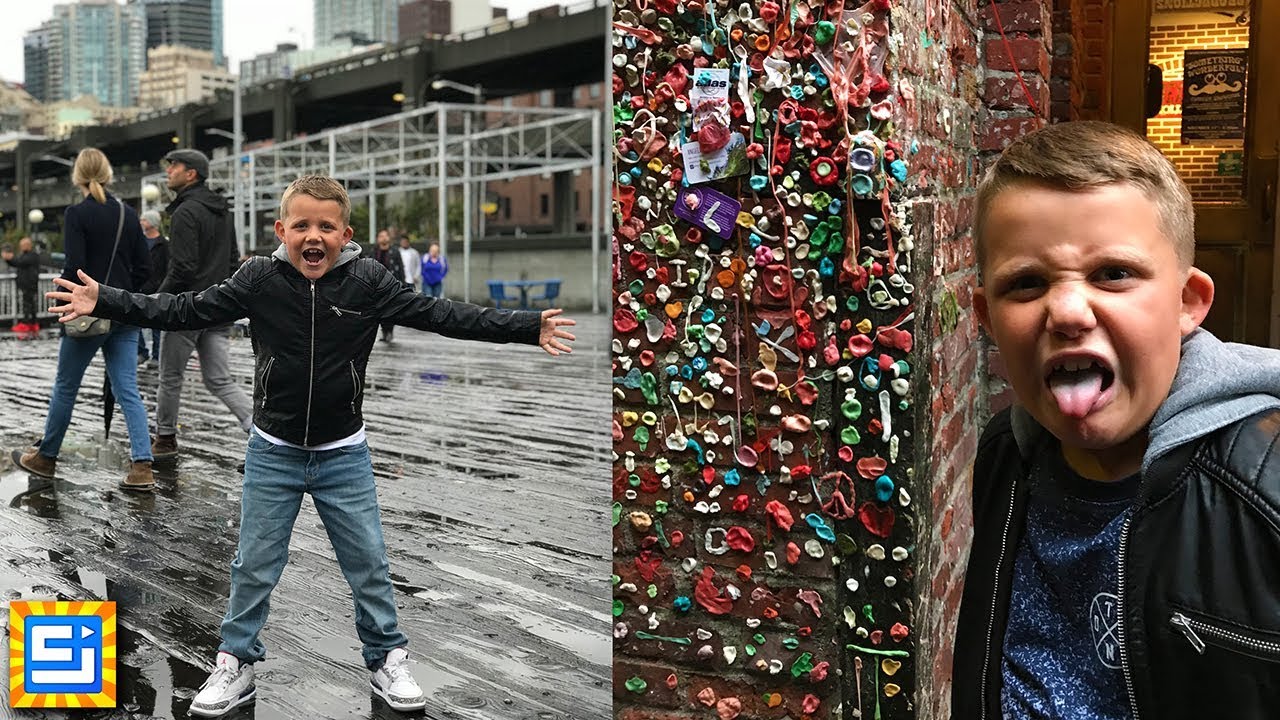 Carl and Jinger travel to Seattle and ride on a giant Ferris Wheel called the Seattle Great Wheel!! Then they go to Pikes Place market to see the famous fish market, and go on an adventure to find the most expensive chocolate in the city! Then the family goes through the famous Seattle Aquarium to see the octopus, fish, birds, starfish, jelly fish, and more awesome animals!

Follow us on Twitter for possible on screen shout outs!
Carl’s – carlandjinger
Jinger’s – Jingerrific
Disclaimer: All of our videos (including pranks, skits, and vlogs and everything you see) are planned and staged for Entertainment Purposes. You should never attempt anything we do at home or assume that what you are seeing is real.

More info on Carl and Jinger Travel to the Gum Wall in Seattle, WA!