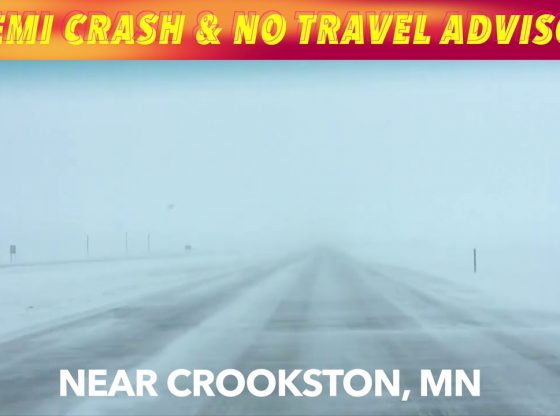 CROOKSTON, MN (iNewZ.TV) A semi driver has hit the ditch near Fisher, Minnesota and a no travel advisory has been expanded across northwest Minnesota. We now also have a report of 2 vehicles stuck right on the highway near Climax, Minnesota.