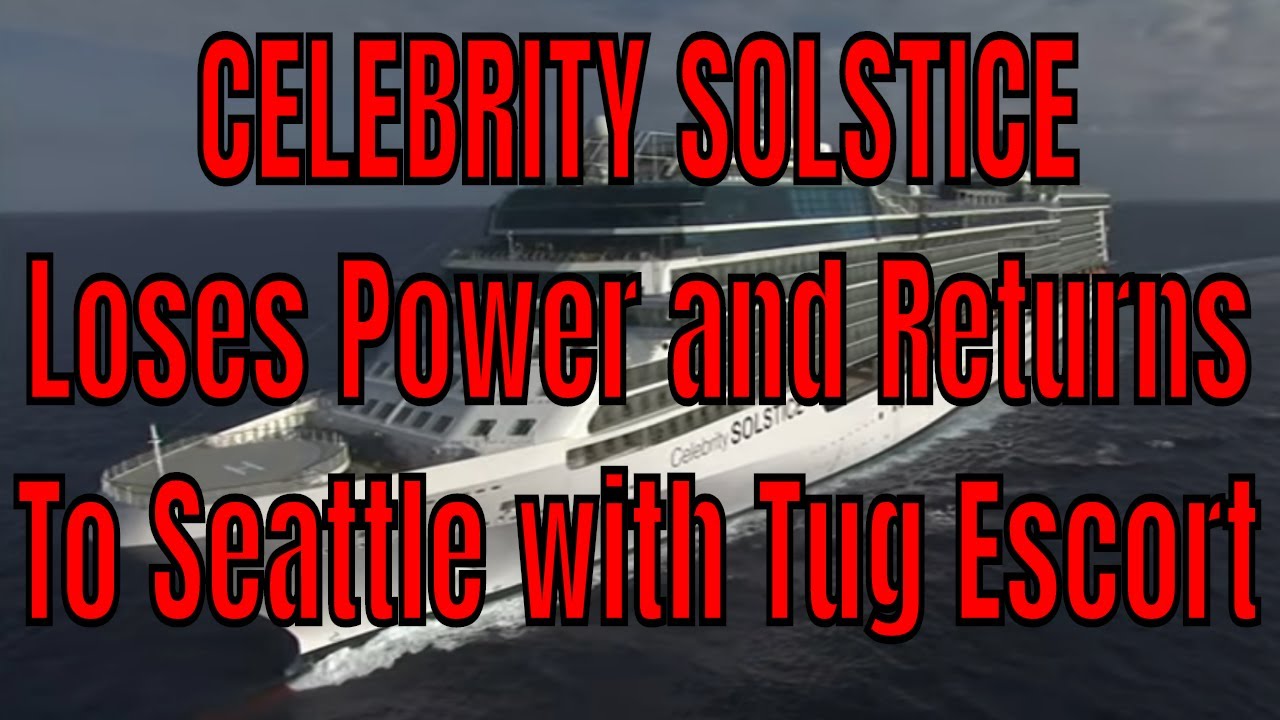 Breaking News! Celebrity Solstice Loses Power and Returns To Seattle With Tug Escort The Celebrity Solstice with over 4000 people on board lost power after leaving the port of Seattle this evening. The ship was able to return to Seattle under her own power but reports were that she was moving very slowly and was under a tug boat escort. The US Coast Guard says that the Solstice cannot leave port until it has been inspected by the agency. Timing of the ship to leave port is not know as of late in the evening. The ship is to make a 7 day sailing to Ketchikan, Juneau, Victoria and then back to Seattle by the 26th of July. #celebrity #celebritysolstice #alaskacruise #celebritycruise #travellingwithbruce #celebrityalaskacruise #royalcaribbean #carnival #norwegian #princess #hollandamerica #cunard #disney #cruiseshipnews

Support my channel today visit Amazon from this link https://amzn.to/2L4xkBO
My channel will earn a commision with any purchase you make. Thank you

Get yourself or someone you love some TWB T-Shirts, Mugs, and other stuff by visiting my RedBubble Store here
https://www.redbubble.com/people/brucefrommert?asc=u

To contact me directly use this email
[email protected]

To sponsor my Channel or to look into a brand deal just let me know!
[email protected]