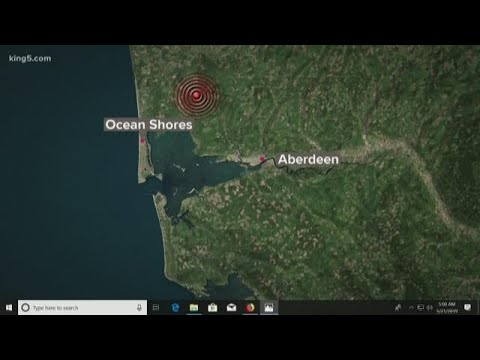 A 3.4 magnitude earthquake struck about 21 miles beneath the surface near Ocean Shores, WA.