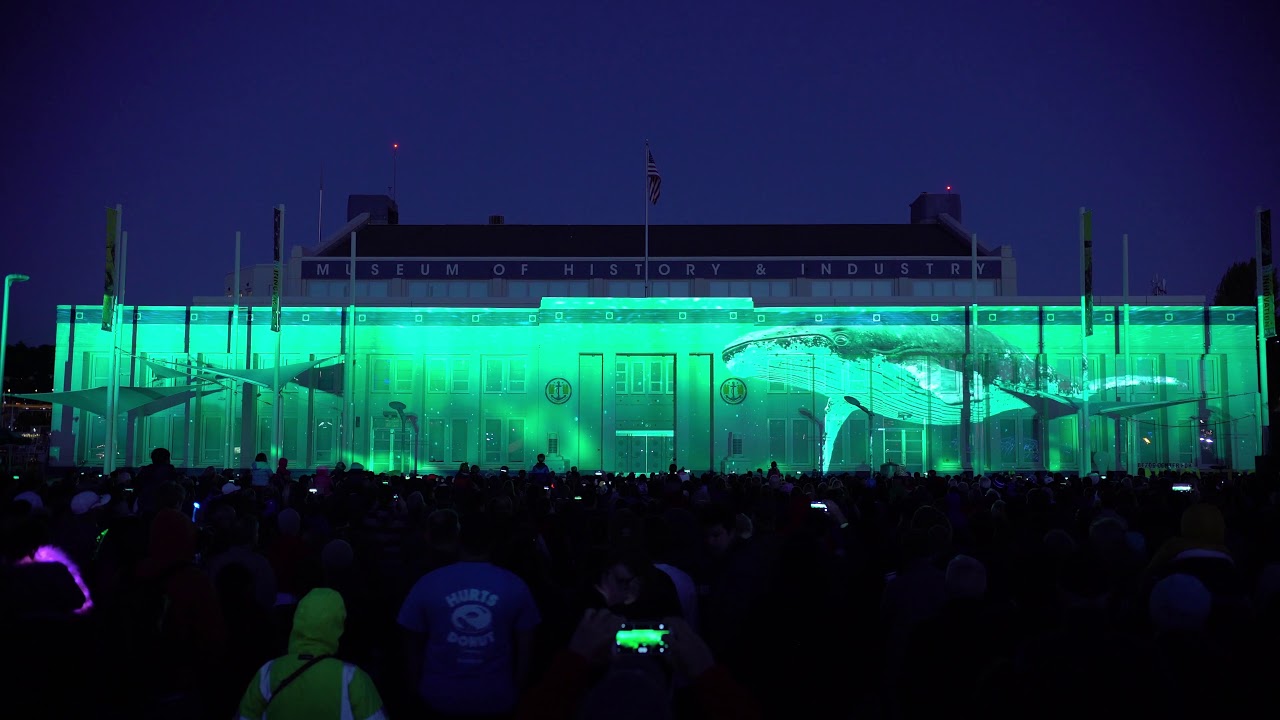 The first-in-the US Borealis – a festival of light was held in South Lake Union neighborhood of Seattle, Washington.
Six teams from all around the World attended and raised the quality of this unique experience at the Museum of History and Industry 11-14 October by expressing their talent and artistic vision through projection mapping.
Within the 4-day-long event, more than 65.000 people admired the artworks on site.
Besides projection, a walking tour was available in South Lake Union to discover the exhibition of hidden light installations created by local artists.
The event was produced by Maxin10sity and Modern Enterprises LLC, sponsored by Comcast, Amazon, Seattle Neighborhoods, Audi, etc. and partnered with BlueWater.
www.borealisfestivaloflight.com