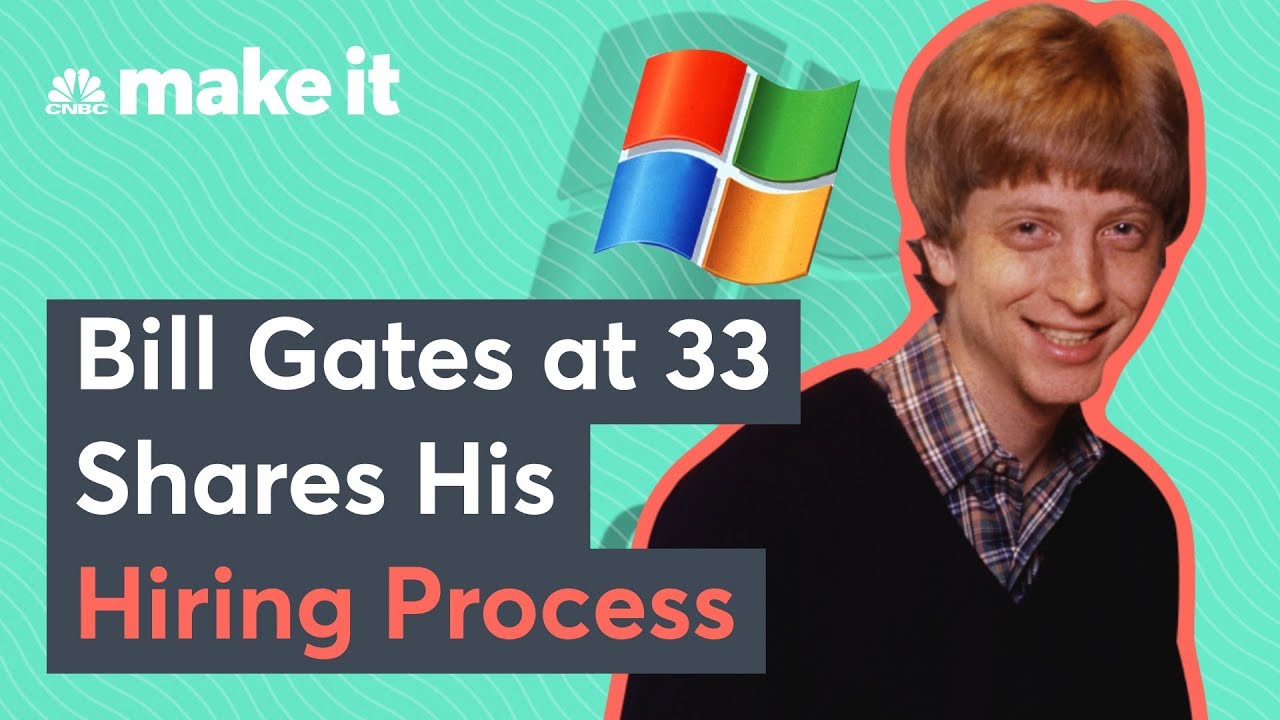 In a 1989 NBC “Today Show” interview, Bill Gates explains why he chose not to locate his company in Silicon Valley. He also shares what he was looking for in job candidates. At the time, Microsoft had just over 4,000 employees.

If you wanted a job with Microsoft at the height of the personal computer revolution, you only needed to display two qualities — at least, that’s what Microsoft co-founder Bill Gates told NBC’s “Today” show in 1989.

Gates, who was then just 33 years old and still CEO of the tech giant, told NBC’s Jane Pauley that job candidates’ age and experience were less important than their enthusiasm for work and their belief in making computers more accessible for the average person.

“Well, we’ll hire people at any age as long as they’re super energetic and they want to make personal computers easier to use,” Gates says before admitting that most new Microsoft employees were on the younger side. “But, we end up hiring mostly people right out of college or business school.”

Of course, new hires also needed “to be smart before they come in,” Gates adds, but Microsoft also wanted bright, but malleable, candidates who could be easily trained. “We give them a lot of training on the job, we put them right to work,” he says. “But, no, we don’t expect that they know a lot about [the work] before they get there.”

In other words, in 1989, Microsoft didn’t exactly expect every job candidate to be as adept at writing software as the company’s co-founders — Gates and Paul Allen developed the programming language software that launched Microsoft in 1975. New hires were expected to be smart, enthusiastic and ready to learn.

Gates also tells Pauley why the company was headquartered in the Seattle area instead of Silicon Valley.

First, said Gates, “I grew up in Seattle, so as soon as my company had over 20 people, I decided to move it back here.” (He and Paul Allen co-founded the company in Albuquerque, New Mexico.)

But also, “in California, in Silicon Valley, … a lot of things happen but the rumor mill makes it hard to keep secrets and employees switch from company to company,” he says. In Seattle, “we’re able to keep our secrets and, you know, be really on our own,” Gates says in the interview.

Check out CNBC Make It for more on Bill Gates: https://cnb.cx/2TXpimF

About CNBC Make It.: CNBC Make It. is a new section of CNBC dedicated to making you smarter about managing your business, career, and money.