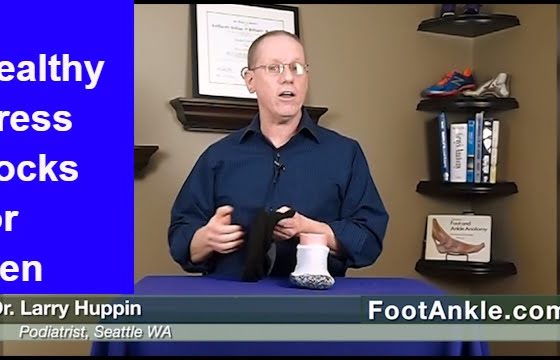 https://www.footankle.com/shoe-therapy/socks/ You may spend plenty of time researching shoes, but have you really looked into what kind of sock you should be wearing? Did you know that wearing the correct sock can reduce or eliminate foot and help prevent foot odor and blisters?

In this video Dr. Larry Huppin will discuss what to look for in men’s dress socks and review some of the best dress socks on the market.

If you are in the Seattle area appointments can be made from our website at http://www.footankle.com/.

Dr. Larry Huppin in a nationally renowned authority on orthotics and biomechanics and a podiatrist in Seattle specializing in treating active people. He has practiced podiatric medicine in Seattle for over 20 years and has a special interest in helping patients achieve complete relief of any foot problem without resorting to surgery.