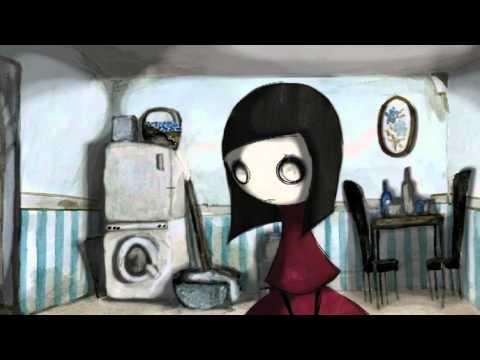 A little girl is afraid of the wolf living with her in the house.