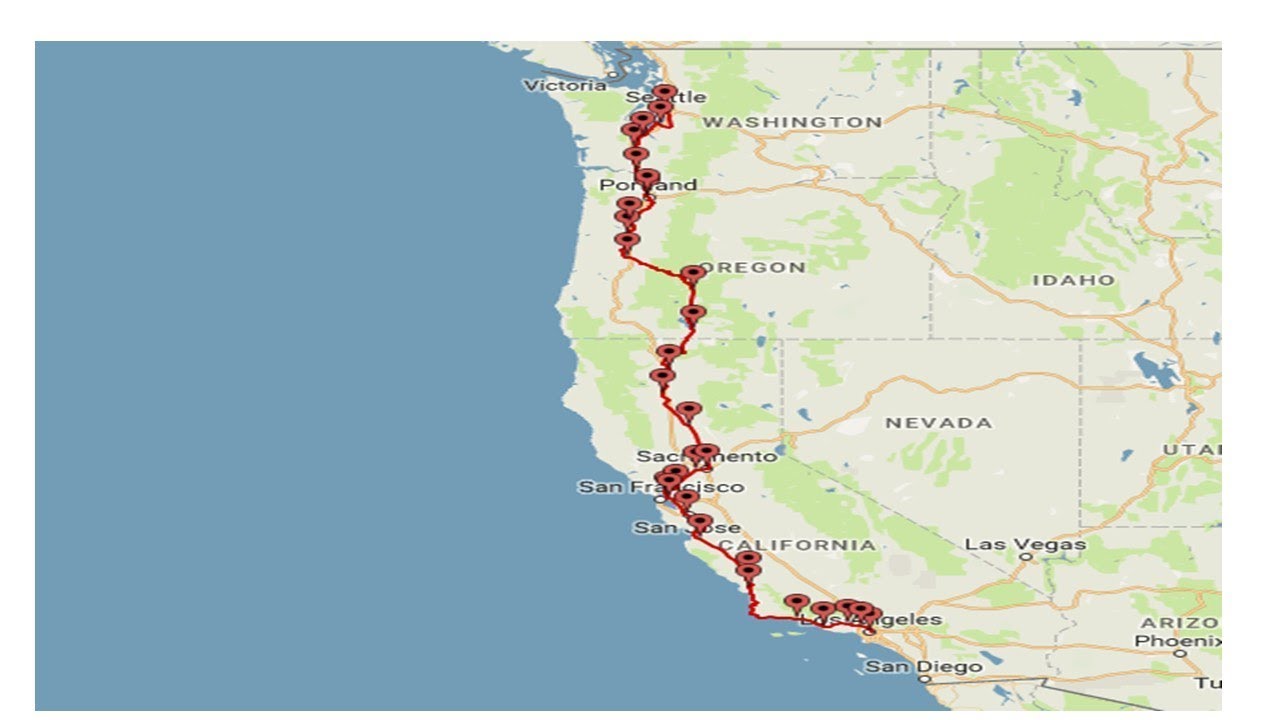 This train departs from the grand and historic Union Station in downtown Los Angeles, Ca. This restored station now has a few restaurants and shops, and is in the eastern half of downtown and well connected to the Metro transit lines.
After an on-time morning departure it heads to the Southern California coastline, the left side of the train affords great views of the Pacific as it passes through the beautiful coastal towns of Ventura, Santa Barbara, and Pismo Beach. Riders get secretive views of the Vandenberg Airforce base and its many space launch pads only viewable by train.
Once the route cuts inland you get to view the farmlands of mid-California and then enter into the San Francisco bay area at San Jose with a brief stop at the Emeryville station. Once turning inland to Sacramento, there is the capital in a brief view before continuing northward. The northern state is arid and dry but still worthy of some window time.
The cross over into Oregon going north is at night, so the glory of the cascades is missed, but the twists and turns can be felt.
We wake up in Oregon with great views of the Klamath mountains, and the upper Lake Klamath. Soon we pass into the well forested mountain range for miles and miles of scenic beauty. Portland, Oregon sneaks up on us as we cross over the river into the Portland station. Onward and northward we’ll see the some of the many inland waterways of the Puget sound and the infamous Tacoma Narrows bridges, replacements for the first edition which shook itself to its demise in high winds.
By nightfall we arrive at Seattle’s King Street Station in the south part of downtown. Our trip continues with a night time ferry ride to Bainbridge island just across the sound.
We do a brief tour of the Kitsap Peninsula visiting Poulsbo, Mt. Walker and Port Gamble before returning by Ferry Service to Seattle. And no trip to Seattle is complete without visiting Pikes Market and quick view of the ‘Flying Fish’!
Enjoy the visual trip on Amtrak’s Coast Starlight and the sights of Seattle and surrounding areas.