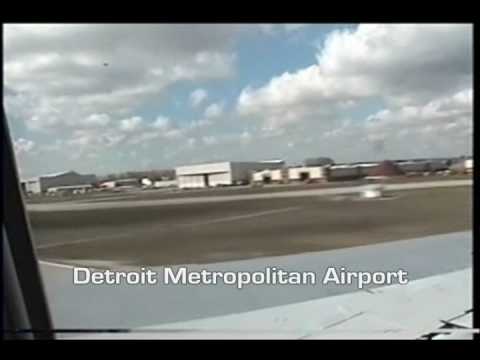 The second part of two videos of my travel from Tokyo to New York City aboard Northwest Airlines.

This video continues from where part one left off- Chicago O’Hare airport.

This video features:
-Take off from Chicago O’hare Airport using a B-727 aircraft
-Shaky landing in Detroit Metropolitan Airport
-A very short clip leaving JFK airport (I ran out of batteries)
-Downtown New York
-A side trip to New Jersey via Greyhound Bus Lines

This is for my travel vid subscribers, specially the ones who eagerly requested this:
Ellis Holden (BSuxX), Poul93, Tripperatfirst, Clengski, and so forth…

Thank you for eagerly waiting for the next travel vid to come.